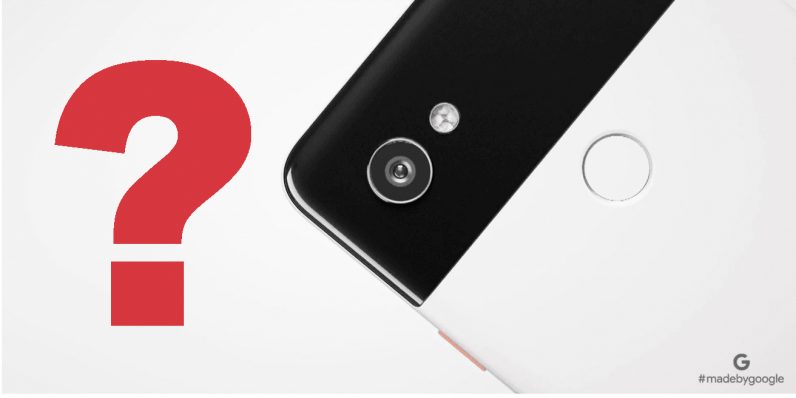 Another Google event has come and gone. While we drool over hardware and dream about AI, I’m left with a few questions. And the longer I think about it, the more elusive the answers become.

In no particular order, here’s what’s boggling my mind.

Why would anyone, in 2017, make a flagship phone a Verizon exclusive?

It’s clear Google learned nothing from Apple. Well, I mean, aside from how to poke fun at the company one year for removing the headphone jack, only to do the same thing on its flagship device a year later. When Apple first launched the iPhone, you may remember, the device was an AT&T exclusive. Yes, that AT&T, the same one trying to kill the internet. The phone later made its way to Verizon, and then eventually all other major carriers in the United States.

Apple’s deal with AT&T, however, was born out of necessity. After collaborating on the phone with Cingular Wireless (now part of AT&T), Apple wanted to part ways and develop the hardware and software in-house. A deal was struck and Cingular gave Apple what it wanted in exchange for four years of exclusive US sales, a deal that ended in 2011.

And what does exclusive even mean in this case? The Verizon phone will still work on other networks: T-Mobile is already pimping the device on a billboard truck outside the event.

It’s as exclusive to Verizon as a hamburger is to McDonald’s. What’s exclusive, exactly? It works on T-Mobile (and other carriers) and you can buy an unlocked version from Google directly (skipping Verizon entirely).

I think we might need to rethink the “exclusive” tag, Verizon.

The Pixelbook looks great. In fact, I’m dying to get my hands on one. But I’m a tech junkie, a guy that’s not at all price conscious and is often willing to pay ridiculous sums of money for the latest and greatest. The general population, as we all know, is not.

I’m not saying the Pixelbook isn’t worth $1,000; it most certainly is. But will non-fanboys drop a grand on a device running a buttoned-up operating system they can’t even run Microsoft Office or Adobe Photoshop on?

A device designed to run Chrome (and some Android) apps works great, if you’re already using those apps. Switching from what you want to use to what you have to use, however, is jarring for a lot of people.

The Pixel 2 and Pixel 2 XL are the same — so why is the XL so much more expensive?

During the event I got a chuckle out of another Google jab at Apple. Pixel 2 and the larger Pixel 2 XL are the same, Google says, before quipping about not saving the company’s best tech for its bigger device. And that part is certainly true. Aside from a larger screen, Pixel and Pixel XL are essentially the same device.

What’s odd, though, is the price tag.

I get charging more for a larger screen. Bigger screen and smaller bezels = increased production cost. Google isn’t going to eat that expense, and rightfully so.

But the Pixel 2 XL is $200 more than the standard Pixel 2. For all the fun poked at Apple, the price difference between the 64GB iPhone 8 and iPhone 8 Plus is $100. And for that $100 you’ll get a larger screen, a more feature-rich camera, and longer battery life.

Read next: Stop trying to kill the headphone jack