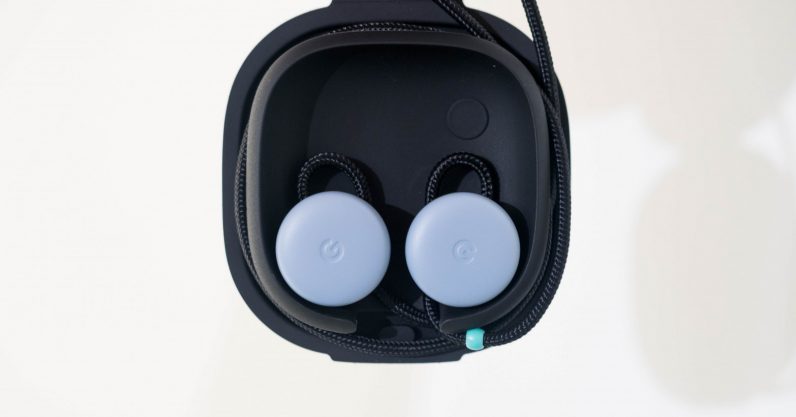 Google announced a lot of things today. The Pixel Buds may be both the cleverest and most polarizing of all of them.

Months of rumors told us Google was dropping the headphone jack, so it was natural to expect the company would create wireless headphones of its own. Until now, everyone seemed to assume they would be of the AirPod-like, truly wireless variety. But you know what? I’m happy they’re not.

I realize it’s a matter of personal preference, but I’ve never seen much appeal in using truly wireless headphones. I’ve tried several, and I’m always worried I will lose one of the earbuds. I’ve already dropped one on the street a few times, and I much prefer being able to hang headphones around my neck when I need to temporarily stop listening to music.The Pixel Buds avoid the qualms of truly wireless buds, while keeping their best feature: a carrying case that doubles as a charging station.

The other polarizing bit is the weird design of the buds themselves. But while they may look like you’re trying to fit Menthos into your ears, they actually wear much like any other traditional earbud. The circular bit is simply there to hold components and give you a nice large surface than you normally get for touch gestures.

Polling coworkers and others at the event, the look is divisive. I think the large circular shape looks great. It’s much better than the chopped off look of AirPods for sure, but I actually think they look better than most regular headphones. Other people I talked to think it’s obnoxious. Your mileage may vary.

It’s worth pointing out now that these are earbuds, not IEMs (in-ear monitors). As in, they don’t go into your ear canal and block out noise using silicone or foam tips. Instead they simply chill out in your ears like Apple’s headphones. Unlike most earbuds though, these are built to stay in your ears while you’re on the move.

The cable loops through each earbud to double as the wing-shaped anchors you see on so many sports headphones. The advantage here is that you can adjust the loop easily, instead of trying to find the good-fitting set of wings.

Of course, the headphone’s main selling point is there support for Google Assistant. Seeing them translate a conversation live on stage was arguably the coolest things to come from today’s announcement. In practice, the feature is still a little clumsy, but not enough to cancel out that “we’re living in the future” feeling.

All this would be for naught if they didn’t actually sound good, and as someone who vastly prefers in-ear headphones, I was pleasantly surprised. Most earbuds that don’t create an acoustic seal have lackluster bass, but these reached low without much of a hitch. If anything, I think they had a bit too much bass.

Take that with a grain of salt though, as I was only able to listen to them playing music for a few minutes; we’ll naturally have to try the headphones for longer before issuing a final verdict. There are other variables to test too: The spartan gesture controls are a little worrisome (you can’t skip tracks yet!), and we have to see how the Bluetooth connection and battery life hold up over time.

If they’ve already won you over though, you can go ahead and order one now from the Google Store. Unfortunately, you may have to wait: as of writing, the Clearly White and Kinda Blue colors are already out of stock, and the Just Black won’t ship until 6-7 weeks from now.

Read next: Triple your income with side projects – this is how