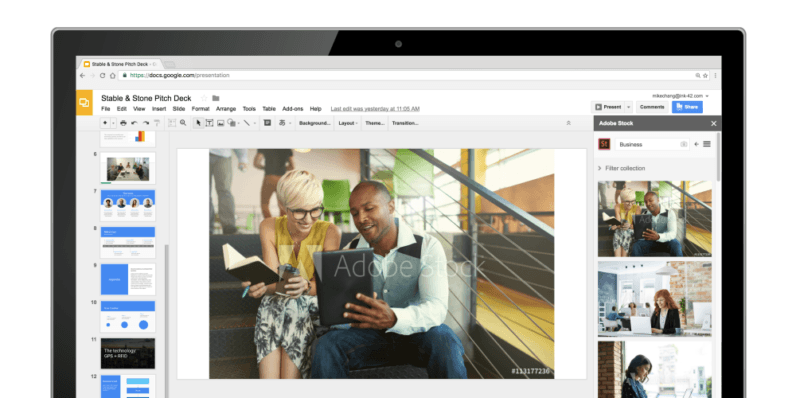 Google Slides just got a major overhaul. In addition to tighter integration with Google Keep, as well as third-party services like Shutterstock and Adobe Stock, it now lets you link elements between presentations, and comes with some major design and functionality tweaks.

This update makes it super easy to import ideas from Google Keep. It’s quite literally a drag-and-drop task. When you import something from Keep, Slides automatically populates the title and description fields of your presentation based on what it thinks your talk is about.

Another handy feature is “Linked Slides.” As the name suggests, this lets you link and synchronise elements between presentations. So, if you have several different versions of the same presentation, you can update it once, and see your changes reflected across the board.

I can imagine this being quite the time-saver.

Google has introduced some other minor changes that are worth mentioning. You can now look at slides as a grid of thumbnails, making it easier to pick out the slide you want to edit. If you’re presenting and you want to skip a slide – perhaps it isn’t relevant to your audience – Slides now lets you skip it, either from your phone or laptop.

It’s also now more straightforward to insert diagrams and data visualizations. You can just import them directly, rather than converting them to an image, which might or might not scale.

Ultimately though, the biggest change to Slides is in its extensions. You can now connect your presentation to a myriad of other services. So, you can license and import images from the likes of Adobe Stock, ShutterStock, and UnSplash.

Other companies with add-ons include Lucidchart, Balsamiq, Pear Deck and Noun Project.

You can read more about these major changes here. And if you want to try them out for yourself, you won’t have to wait long, as they’re rolling out globally from today.