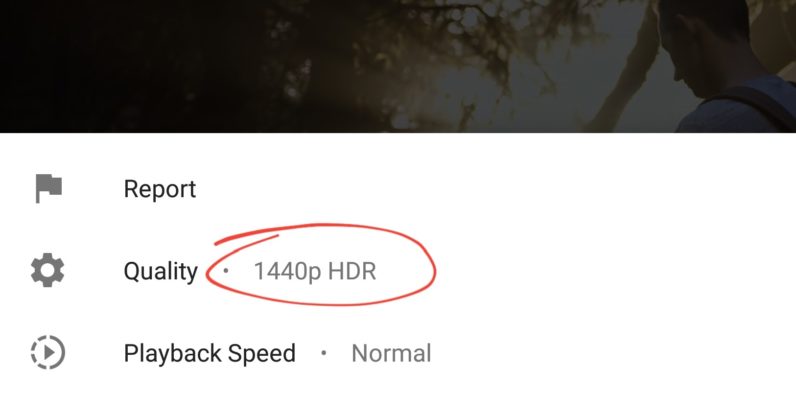 When YouTube introduced HDR playback on compatible TVs nearly a year ago, we lamented the fact the feature wasn’t available on mobile devices. Fret no more: YouTube is rolling out the feature to a select few devices starting today.

If you’re not familiar, HDR video is similar to HDR photography in the sense that it allows for a greater range of tones between the brightest and darkest parts of an image. However, it requires an HDR screen to display the full range of tones. Said screen needs to be able to feature both high brightness and contrast for you to display the range of tones, as well as support a wide gamut of colors than usual. In many cases, the improvement’s yielded by HDR are more notable than the jump from 1080p to 4K.

Unfortunately, most people don’t yet have HDR TV’s yet, let alone watch YouTube on them, but plenty do have HDR-capable phones. Current compatible phones include the LG V30, Samsung S8, Samsung Note8, Sony Xperia XZ Premium, and Google Pixel. The last one comes as a surprise, as the phone is not technically HDR certified. I’m also surprised the LG G6 isn’t there, given it was one of the first phones on the market with HDR, but Google says it’s working to bring HDR to more devices.

I’ve already tested it on the S8, Note 8, and V30, and the footage looks gorgeous. Unfortunately, there’s no way to turn it off if you want to do a comparison, but I did compare some videos on the S8 and Note 8 – the S8 with the updated YouTube app, and the latter without it – and there’s a subtle but palpable improvement in color accuracy and shadow detail.

The feature is rolling out to all YouTube users with compatible devices today; if it’s not showing up, make sure you have the latest version of the app from the Play Store. If you want to give it a go, you can open this playlist of videos in the YouTube app:

Read next: Brand loyalty is evolving. Are brands keeping up?