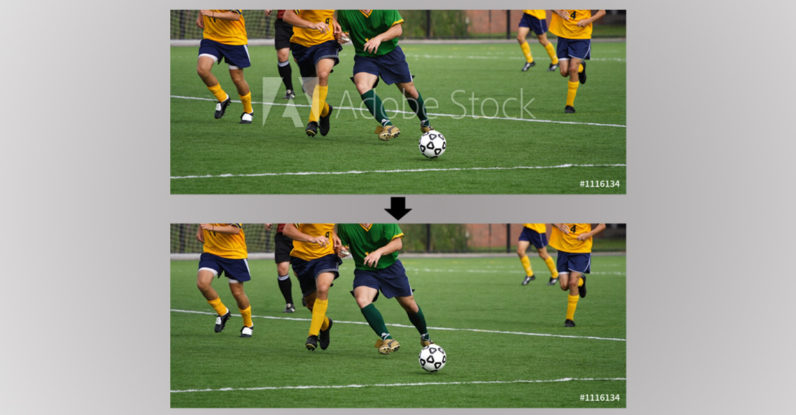 Stock photo distributors must be squirming in fear. Researchers from Google have developed an algorithm that completely removes watermarks from images in a matter of seconds – and it works entirely automatically.

Photography professionals will often slap watermarks on their images to protect their copyrights and prevent people from using them without their permission. However, the researchers were able to identify a glaring error in this approach and exploit it to negate the visibility of watermarks altogether.

The method – which has been documented in more detail in a paper titled On the Effectiveness of Visible Watermarks [PDF] – essentially takes advantage of the fact that watermarks, by design, are applied to photos in the exact same manner.

While this makes it easier for stock photography markets to establish their brand, Googlers were able to leverage this consistency in order to develop a computer algorithm that is capable of autonomously editing out signature marks out of images.

The technique is explained more extensively in the video below:

The outcome is pretty impressive. For comparison, while manually wiping watermarks from photos could take several minutes even for Photoshop pros, the researchers were able to train a model to perform the same task much quicker – and without any intervention from humans.

The Googlers explain that the trick was to teach the computer how to accurately identify the repeating watermark structures and then fine-tune it how to replace them convincingly.

“If a similar watermark is embedded in many images, the watermark becomes the signal in the collection and the images become the noise, and simple image operations can be used to pull out a rough estimation of the watermark pattern,” Tali Dekel and Michael Rubinstein reveal.

Here is how this looks in action:

Fortunately for stock photo vendors, the researchers also took the initiative to come up with a more robust way to protect your photos from watermark-removing software.

The secret solution: Introducing inconsistencies to your watermark patterns.

Leaning on this method, the Googlers noticed that adding even the slightest modifications to the watermark – like changing its position, warping its shape, and toying around with its opacity – was already making it increasingly more difficult for the algorithm to hide the signature marks.

For more details about the effectiveness of watermarks, you can read the full post here.

Read next: This tiny $500 gadget can hack the passcode of any iPhone 7 and 7+