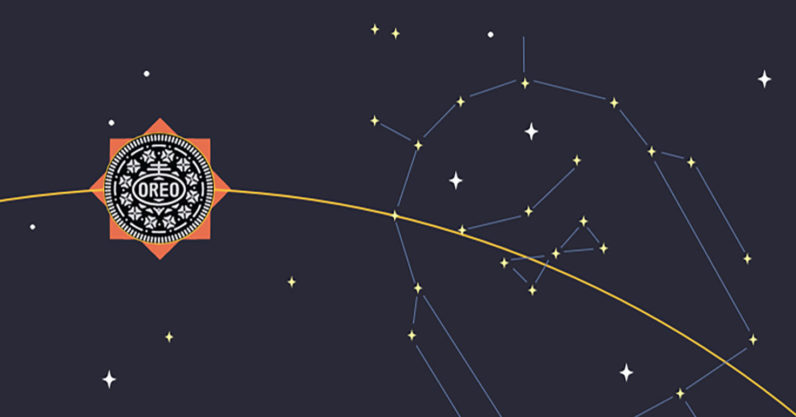 Monday’s total solar eclipse is nearly here… and so is Android O, apparently. Google invited the press to an event on Monday for the official reveal for the next version of Android – and by this point we’re fairly convinced it’ll be called Oreo.

For everyone else, Google will be livestreaming the Android O reveal starting at 2:40PM EST, just a few minutes before peak eclipse time. Considering most people won’t be in the path of totality, Google will let you experience the eclipse in VR via Google Earth as well. You can head over to Android.com/o to find out more and watch the livestream come Monday.

As usual, Google will be naming the next version of Android after a dessert. Oreo was always the obvious choice, and rightfully so. But given the disappointment of Nougat (which should have been Nutella, of course), we’ve been a little worried.

But Earlier today 9to5Google caught a Google+ post teasing Android O with the filename GoogleOreo_Teaser_0817_noDroids (1).mp4. The post has since been replaced with the more innocuous OctopusTeaser.mp4, but the damage was done.

Then reliable leaker Evan Blass Tweeted this image out:

So yeah unless Google is trolling everyone really hard, we’re pretty sure it’ll be called Oreo. For more on the features to expect from Google’s latest and greatest, check out our round-up here.

Read next: Apple may let you stream new movies while they're still in theaters