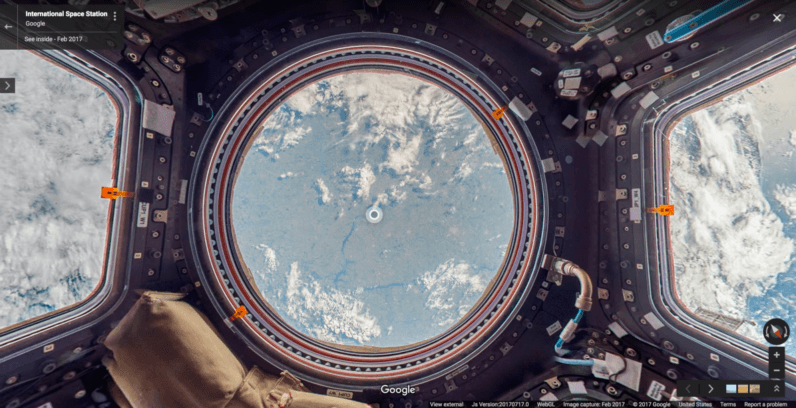 Google’s Street View has captured 360-degree imagery of roads everywhere, but there’s one place that’s been strictly off-limits: outer space. That frontier has now been crossed.

Google had launched a Street View tour of the International Space Station – cheekily dubbed Outer Space View – captured over by Astronaut Thomas Pequet during a six-month mission. The imagery includes notes with more information on life in the ISS, including how the astronauts eat and work out.

As you can imagine, collecting 360-degree photos using a camera floating around in freefall isn’t easy, so Google and Nasa teamed up to figure out how to make the whole endeavor work. If you want to learn more on how they figured it out, you can watch an 18-minute behind the scenes clip below:

May I suggest the moon for the next Street View trip?

Read next: 5 apps that will help save you money throughout the year