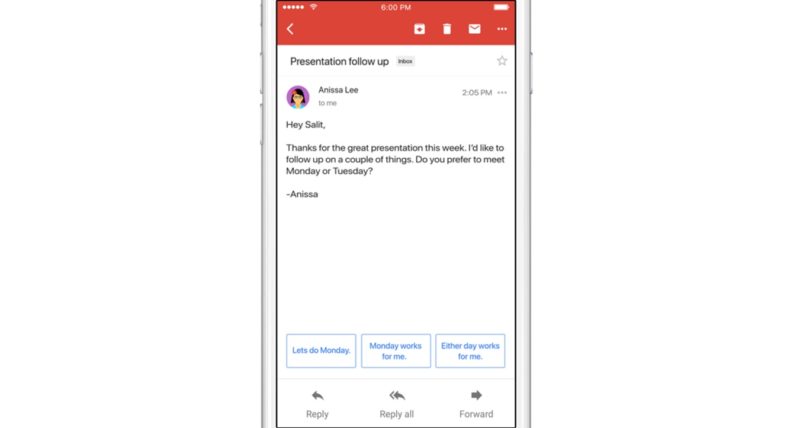 If you’re the type of person who can seemingly never get to Inbox Zero, let alone actually reply to every message, Google has an update for you. At its I/O event today, the company announced that Smart Reply – a feature to creates automated responses based on email content and your writing style – is coming to Gmail on Android and iOS.

Smart Reply first launched for Google’s Gmail offshoot, Inbox, as well as its newest chat app, Allo. It works pretty decently too, as long as you only need basic few-word responses. The tool learns from your typing style to know whether you tend to write “thanks!” or “Thanks.”

Smart Reply shows three options at the bottom of your emails to choose from. Once you pick one, you can either send it immediately, or modify it to your liking. The feature is rolling out globally on Android and iOS for English speakers first. It will arrive in Spanish “in the coming weeks,” with more languages on the way.