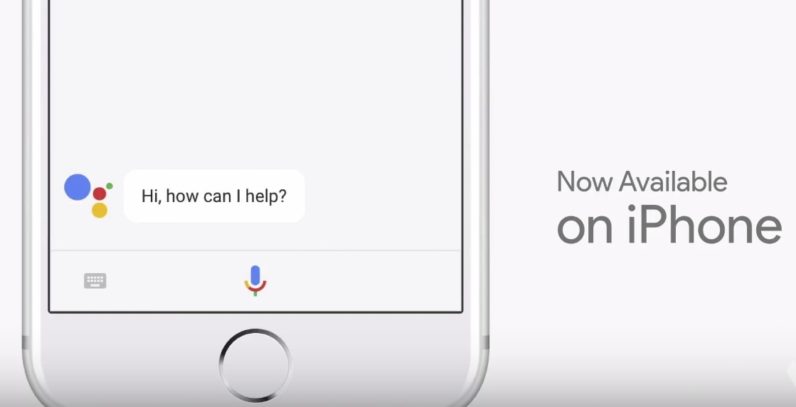 At its I/O keynote today, Google announced that its Google Assistant is now available on iOS.

The news had been rumored earlier this week, so its not terribly surprising.

Google hasn’t specified whether it’s via its a new app or if its just integrated into the main Search app – most likely the latter. And of course, Google doesn’t have the native integration Siri has on iOS devices, so it won’t be nearly as convenient as Apple’s native tool.

Still, Google’s apps are ubiquitous enough that it might just convince some people to use the Assistant over Siri, especially if Google starts integrating it directly into its apps down the road. I’m curious to see how Apple will respond.

Read next: Google brings Smart Reply to Gmail on Android and iOS so you never have to type again