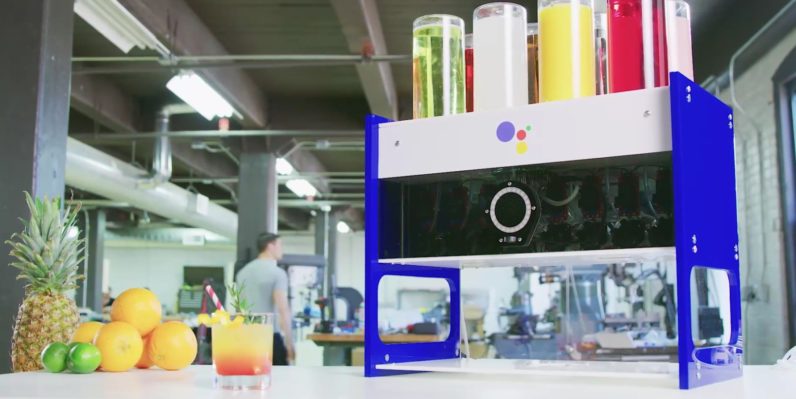 Google made a big deal out of its new Assistant when it launched alongside the Pixel and Home. The company has since brought the Assistant to other Android devices, but now it’s launching a preview of the Assistant SDK so developers can start to add it to their own hardware.

To show off the new SDK, Google partnered with Deeplocal to create a colorful mocktail mixer powered by the AI; just tell it what kind of drink you want, and it’ll serve it right up.

Read next: Facebook Messenger Lite now in over 100 countries