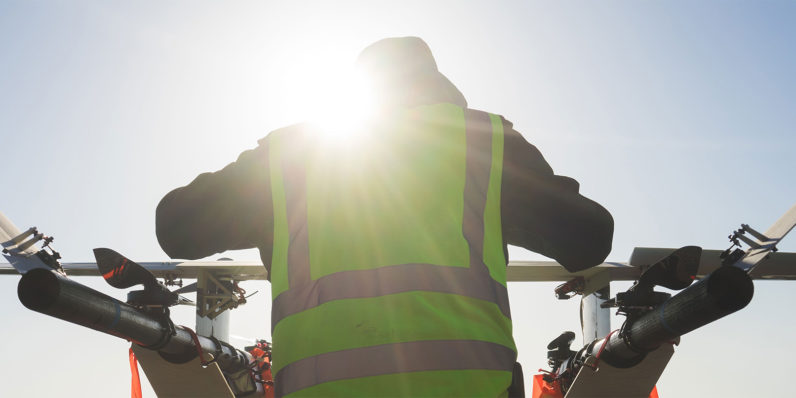 Google’s moonshot project division, which is now called X, saw one of its team members collapse on the job in February 2015, reports Business Insider.

The employee, who wished to remain anonymous, was assigned to fieldwork for Project Wing, which is X’s program to create delivery drones for transporting consumer goods and emergency medicine. While out in private ranch lands in the Central Valley in California one day, the employee, who is in his 50s, collapsed on the ground.

According to BI’s sources, the man likely succumbed to either a heart attack or a grand mal seizure; the high temperatures in the Central Valley, coupled with a gruelling work schedule of 10-12 hours a day and stress may have brought it on. The area is said to have been experiencing heat waves and warmer temperatures in recent times.

As if that wasn’t bad enough, the Project Wing drone tester, who returned to work after two months’ leave, found himself demoted and sent back into a field gig before eventually being pushed out of the company.

It’s possible that the demand for plenty of data on Project Wing drones – which were at one point failing to land and take off vertically as planned – was the reason for team members being forced to spend several hours a day out in the field. However, if the report is accurate, it could be a sign of systemic issues within Google, and perhaps across Silicon Valley at large.

BI’s story comes soon after a former Uber engineer outlined several instances of sexism within the company, highlighting the sort of problems that fast-growing tech firms seem to come up against but can’t deal with responsibly. But while Uber has been in trouble many times in the past, it’s rarer to hear about issues concerning employee welfare within a well-regarded firm like X.

An ex-military contractor working for Google X collapsed on the job, and his coworkers say corporate culture is to blame on Business Insider

Read next: What writing a letter to Steve Jobs taught me about Apple's incredible customer service