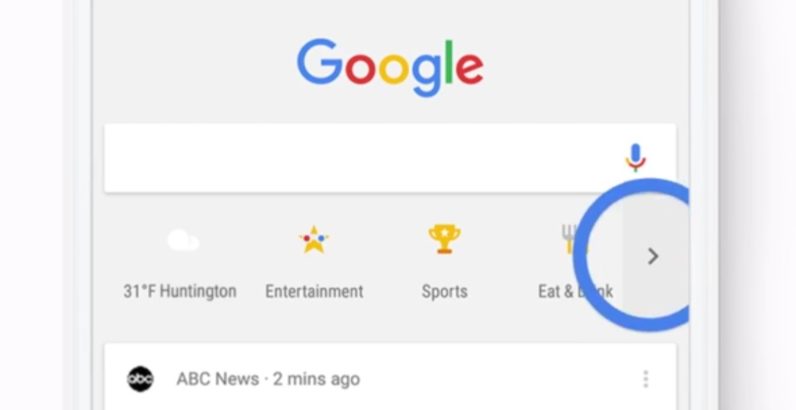 Google is probably the first place you go to when you want information, be it the weather, a translation, or some current event you heads about. But think of those precious few seconds you spend actually typing what you want to learn – such a waste.

Now Google is making your life even easier by rejigging it’s mobile app and website to work with tappable shortcuts, complementing the search box and automated information cards. That essentially turns the Google app into an launcher of sorts, wherein all of Google’s web tools – from suggesting restaurants to flipping a coin – are mini-apps.

There are a ton of these shortcuts – which are divided into categories like entertainment or travel – that include the usual search inquiries as well as some oddballs. Some examples:

These aren’t new features or anything; they’re tidbits Google has been adding over several years. But now it appears Google has decided its time to really show off all the things it can do.

It may not sound like a huge deal, it’s a fundamental shift to the way we search, at least on Google. After all, the search box has been your main point of interaction since Google was created. Now the company is admitting there are better, more efficient ways of accessing the information you care about.

That has several implications. First, it makes finding information on the go a bit faster. For all the information on Google, my most common queries are simple ones I reuse often, like movie reviews and the weather. Now I don’t even have to type in “weather” or scroll down to find the information card when I’m rushing to leave my apartment for a meeting – it’s literally two taps away.

Second, it makes information on Google more discoverable. Over the years, Google has added too many features to keep track of. Sure, you know Google can translate text or work as a calculator, but did you remember it can be used as a bubble level (on mobile) tell you if you painting is hung up straight?

You’d never use features like that unless you knew what to look for. But now Google is shouting loud and clear what its Search engine can do.

Lastly, Google is competing against the world’s other greatest source of information (or disinformation), Facebook. You may not think of Google and Facebook as direct competitors, but it’s increasingly the case. Things we use to turn to Google for, like news and restaurant reviews, we can increasingly get from Facebook. The social network has even been adding weather tools, and its bots are essentially mini search networks themselves.

Point being, both companies are vying for your attention, and for all of Google’s popularity, it can’t rest on its laurels as Facebook continues to grow. And that’s why Google needs search to evolve: the more you realize you can do on Google, the more time you will spend on it instead of Facebook.

Read next: Reddit adds user profiles to morph into a real social network