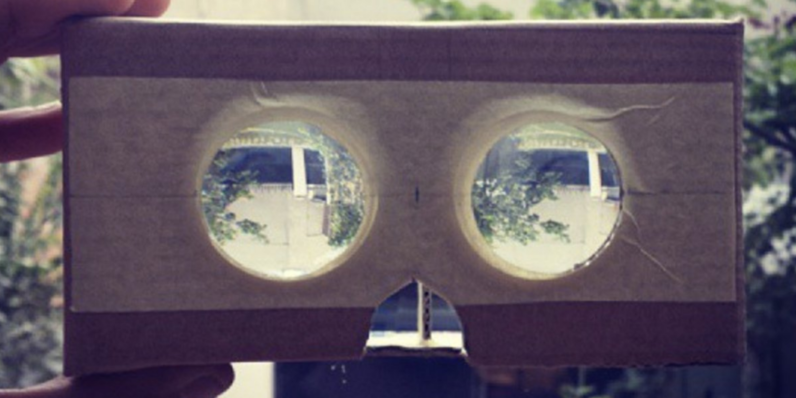 Even the world’s biggest companies have to start somewhere. In this case, that company is Google, and its starting point was this hideous contraption that later became known as Google Cardboard.

According to VP of Virtual Reality at Google, Clay Bavor, the image above was the first of 10 million prototypes. I’m semi-certain 10 million is hyperbole, but it drives the point home that even the simplistic-looking creations started somewhere, and often morphed into something else entirely. But, I’ve reached out to Clay, because I think we’re all curious to find out if there are over nine million unused prototypes out there somewhere.

In Cardboard’s case, it’s still evolving. Cardboard isn’t the most elegant solution, but it made VR accessible to the masses. Instead of an expensive PC and headset, a smartphone and a $15 disposable viewer was all it took to open doors.

Now, Cardboard has evolved into something else entirely, the much more attractive Google Daydream.

Still, though, it’s interesting to see what started it all.

Read next: Creepy app lets you snap selfies with the dead