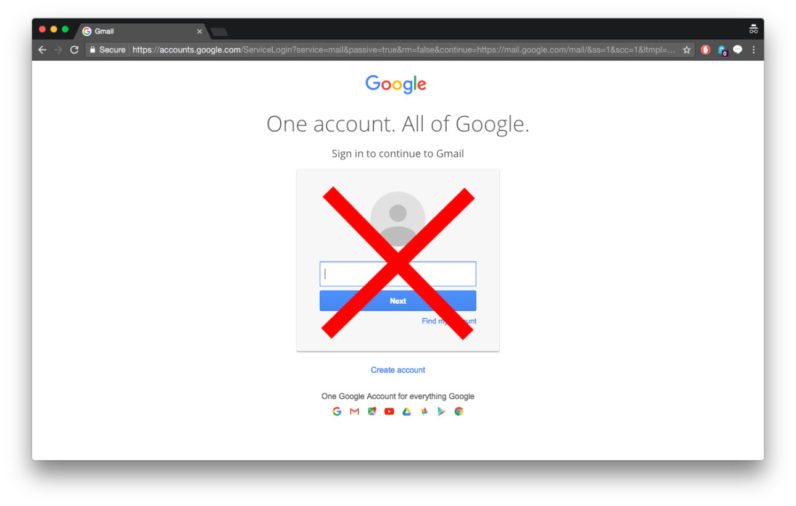 Earlier on Wednesday, numerous users reported in panic experiencing a string of issues with their Google accounts. While some complained about being unable to connect to their Google Wifi and OnHub routers, a slew of concerned users claimed Gmail has been unexpectedly signing them out of their accounts.

While the issue is purportedly affecting a large chunk of users, it appears it poses no immediate threat to your online security.

Google has since confirmed the problem with a statement on its dedicated Support Page, but assures the issues are not related to any hacking attempts. Here’s the entire message:

We’ve gotten reports about some users being signed out of their accounts unexpectedly. We’re investigating, but not to worry: there is no indication that this is connected to any phishing or account security threats.

Please try to sign-in again at accounts.google.com and if you cannot remember your password, please use this link to recover your password. If you use 2-Step Verification, there may have been a delay in receiving your SMS code. Please try again or use backup codes.

The issue essentially involves signing users out of their accounts and then sending them notifications that further “account action is required.”

According to affected users with multiple accounts, the trouble seems to mostly persist in accounts with disabled 2-Step Verification:

As with many other users, one member from Hacker News says the issue initially led him to believe that his account is being hacked.

“[T]his happened to me this afternoon on my android. Went into a full panic mode,” he said. “I refused to type passwords since I was worried it might have been another app imitating Google and I had no recollection of any action that would have required me to sign in again.”

“I made sure that my password was correct on my laptop browser to ensure that I was not fallen for a account compromise,” he continued. “Eventually restarted the phone, ran lookout security app and then typed it on smartphone.”

The Big G is yet to comment whether the reported issues were related, but given that Cloudflare suffered a massive leak yesterday – this remains well within the realm of possibility.

We’ve contacted Google for further comment and will update this piece accordingly if we hear back.

Update 11:30 AM ET: A spokesperson for Google told TNW “the Google Wifi and OnHub reset was related to the sign-in issue,” referring us to a tweet from last night.

We know some of you had issues signing in today. Please try again now. Rest easy — your account's security was not affected.

As previously mentioned, the issue has nothing to do with the security of your account.

Read next: Denmark is appointing an ambassador to big tech