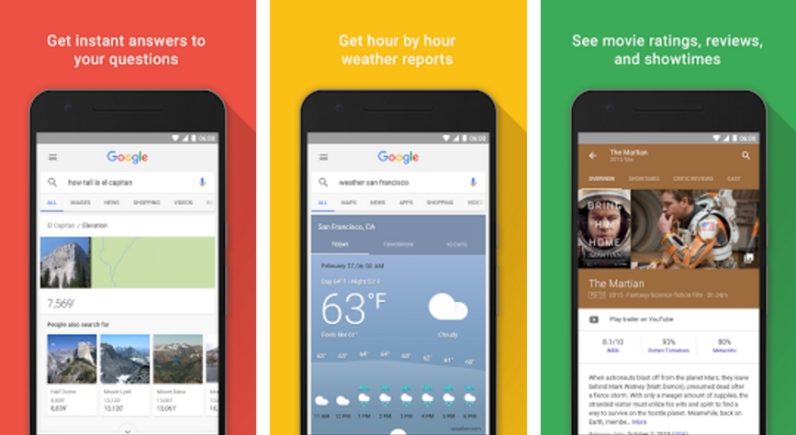 Google appears to be getting ready to kill off the Google Now Launcher – the stock Android launcher since Google Now was released – with no clear alternative in sight.

Android Police obtained a memo sent to OEM partners indicating the Now Launcher will no longer be available in the Play Store starting Q1 of this year. Companies interested in using the launcher’s features, such as its information cards, can continue to do so, but the launcher won’t be available to the general populace.

Problem is, many people use the Google Now Launcher as a replacement for whatever bloated mess comes with their phones (it currently has over 50 million downloads on the Play Store). It’s clean, reliable, and integrates Google’s very latest search features and information cards. And while you can access these cards from the Google app or a search widget, it’s generally not as accessible as the simple right swipe on the Now Launcher.

Killing of its old launcher isn’t entirely unexpected, as the company built a new one for the Google Pixel. But while Nexus features almost always made their way to other Android devices, there’s no concrete evidence to suggest this will be the case with the Pixel Launcher – the phone has been out for several months and its launcher still hasn’t come to other devices. As the Pixel is the first smartphone Google has really tried to sell to the masses, the company seems to be a bit stingier about what features it shares with other manufacturers.

That’s not to say that Google isn’t ever going to create a new one stock launcher – after all, “Google Now” won’t exist after the Assistant takes over – but it’s not given any clear indication it plans on doing so.

In other words, Android users may no longer have a stock launcher option if their phone doesn’t come pre-installed with it. Thankfully there are still plenty of alternatives in the Play Store (Nova Launcher is a powerful yet close-to-stock experience). And it’s not all bad news – if you already have the Now Launcher installed, Google will continue to provide updates via the Google Search app – it’s just the launcher portion itself that won’t be updated.

Read next: How to stream Super Bowl 51 even if you don't have cable