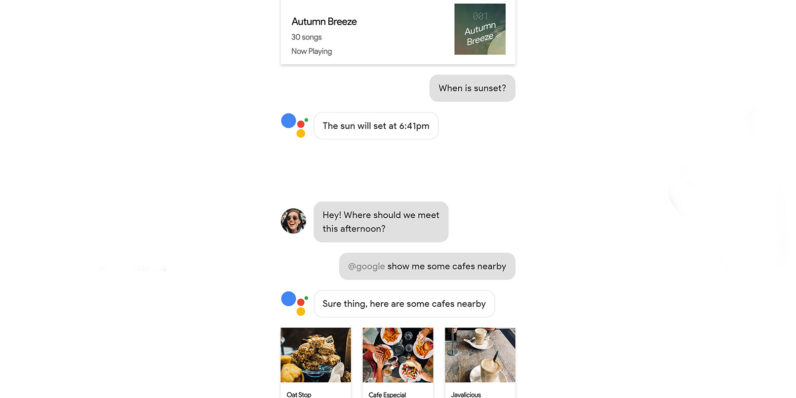 If Google’s recent hardware launch event got you excited about its new Assistant that it showed off on Android, we have some bad news: It’ll be a while before you can try it – unless you buy a Pixel.

A changelog for Android 7.1 Nougat obtained by Android Police detailed new features coming to the OS, along with a bunch that will only be available on the Pixel. It turns out that Assistant will be exclusive to the phone for the time being; Google has confirmed that to TechCrunch.

The AI-powered helper, which builds on Google Now’s search and contextual information surfacing capabilities, can carry on conversations with you to do things like control your Google Cast-enabled gadgets and IoT devices. It will soon also carry out complex tasks through two-way conversations, like hailing you an Uber to travel to a specific destination.

You also won’t get 24/7 tech support over phone and chat, unlimited original quality cloud storage for your photos and videos or the new Pixel Camera and Launcher apps. While those exclusives certainly make a strong case for the Pixel phone, it’s a bummer that even the few handsets that will be upgraded to the latest version of Android won’t see these features for a good while.

It’s worth noting, though, that Google does have plans to make Assistant more widely available eventually. It told TechCrunch, “Our goal is to make the Google Assistant widely available to users, and we’ll continue to launch new surfaces over the course of the next year.”

That being said, Android 7.1 will bring a bunch of useful additions to other handsets, such as the Night Light blue light filter, Daydream VR mode and support for opening the notification bar by swiping on the fingerprint sensor.

Google will release the developer preview of Android 7.1 later this month; it hasn’t yet said when it will become available to phones other than the Pixel.