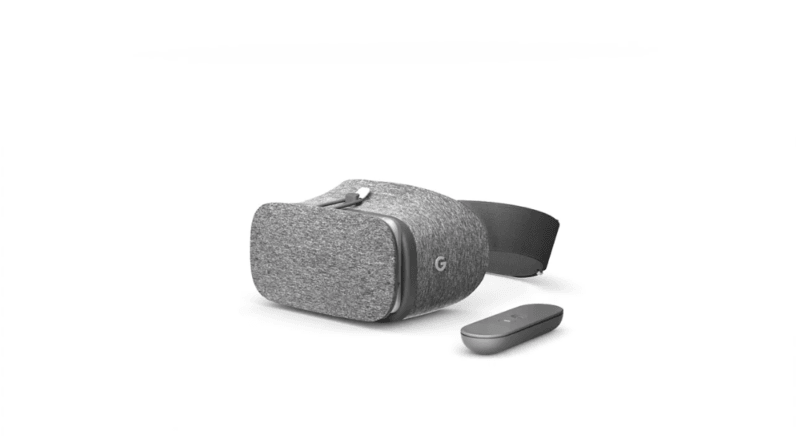 Following the whopping success of its Cardboard initiative, Google is now lunging into VR big time. The company just announced its new Daydream View VR headset that will come in three different colors.

While its design is reminiscent of the Oculus Rift, the gadget is not a standalone set and will require a smartphone to use – much like Cardboard.

Daydream View will come with a handheld controller for more immersive experiences. The controller also comfortably fits inside the headset.

The Daydream brand won’t refer solely to the new headset line though.

The company also unveiled its Daydream platform for high-quality mobile VR experiences, which it previously showcased at the IO event back in May. The initiative will feature apps and games like YouTube VR, Google Photos VR, Play Movies VR, Street View as well as offerings from over 150 other partners.

According to the tech giant, more than 50 apps are coming to the VR platform by the end of the year, with hundreds more on the way.

50+ apps are coming to Daydream by the end of the year, with hundreds more on the way. #madebygoogle pic.twitter.com/gmdPA1DksP

Google is working with smartphone manufacturers from the likes of HTC, Samsung, LG and a few more to ensure a consistent user experience across brands. Devices that cram enough oomph to support the new VR platform will be labeled ‘Daydream-ready’.

Google’s new headset will be available at $79 and is expected to start shipping November.

Follow our coverage of Google’s hardware launch event and find the latest stories about it here. And don’t miss our special Facebook Live event straight after the event. Join TNW co-founder Boris Veldhuijzen van Zanten and guests who will be discussing all the breaking Google news.