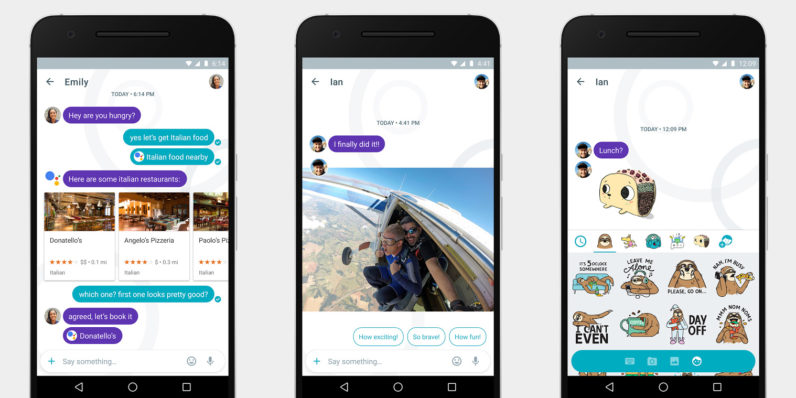 At its I/O conference in May, Google unveiled a ‘smart messaging app’ called Allo, which only requires your phone number to identify you. It looks like we won’t have to wait much longer to try it.

According to expert tipster Evan Blass, Allo will launch on September 21.

That’s just a little over a month after Duo, the company’s video calling app, rolled out; Android Police noted that the date also marks the end of summer, which is when Google said it would arrive.

Even more interesting, however, are Allo’s AI-powered features. It uses machine learning to suggest appropriate responses to both text and graphic messages, cutting down on your typing.

So if someone asks if you’re up to party Friday night, it’ll let you reply, “I’m in,” just by tapping the prompt. Similarly, if you receive a photo of a dog or baby, it’ll suggest replies like, “So cute!” Google says its image recognition tech is now sophisticated enough to recognize things like dog breeds and types of pasta with up to 90 percent accuracy.

It’ll also support Google Assistant, which will act as a contact that you can chat with and ask questions; it’s essentially a friendy Google search bot. It also works in conversations with other people, where it can pepper your messages with things like search results for restaurants when you’re talking about getting dinner.

By negating the need to sign up with a Google account and offering unique features, Allo might stand a chance at becoming a popular messaging tool – but rivals like WhatsApp and Messenger have already amassed massive user bases; it remains to be seen if that’ll be enough to woo them away from their favorite services.

Blass is usually right about things like this, so hopefully we’ll only have to wait until Wednesday to give Allo a go.

Read next: Nintendo's $35 wearable lets you play Pokémon Go without pulling out your phone