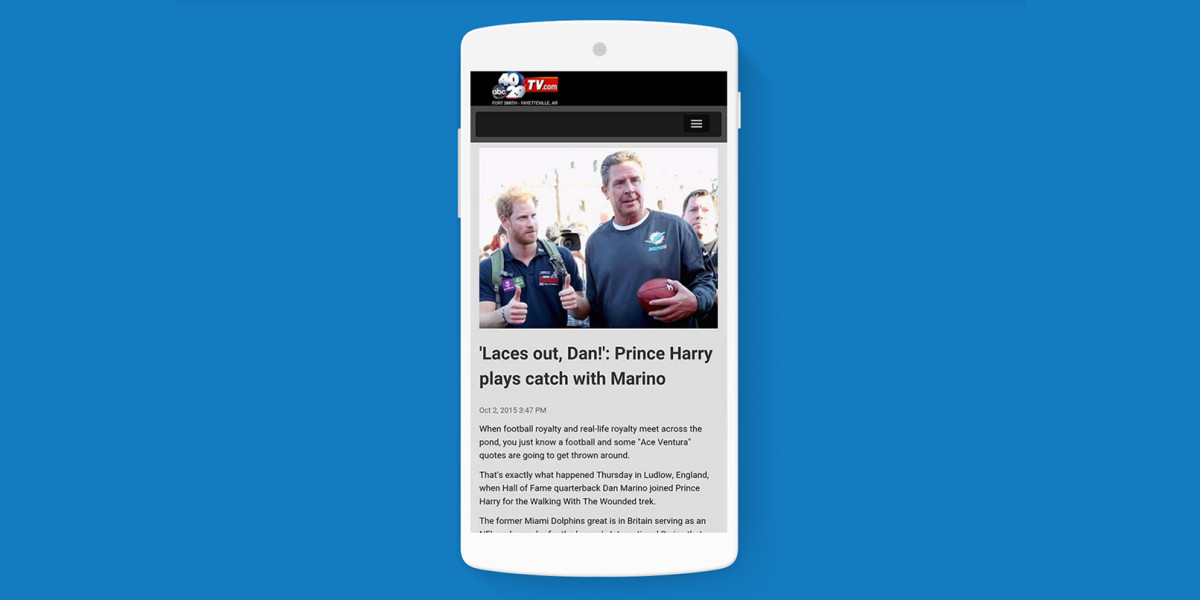 The Google app is about to get much faster on iPhone.

Google is introducing its Accelerated Mobile Pages platform to iOS, which works similarly to Facebook’s Instant Articles to reduced page sizes so they load instantly off of Search. This applies mainly to news publishers, and AMP’d pages will be marked with a lightning bolt next to the articles.

Keeping with the speed theme, Google says its reduced load times throughout the app. They’re small improvements, but Google says they will save users a cumulative “6.5 million hours this year.”

Finally, Google is adding sports cards to its set of Google Now cards, so you can catch up on when Michael Jordan scores a touchdown against the Yankees, or whatever.

The updates are rolling out to the iOS app store today.

Read next: Lookmark v2 fixes the biggest problem with iTunes on the desktop