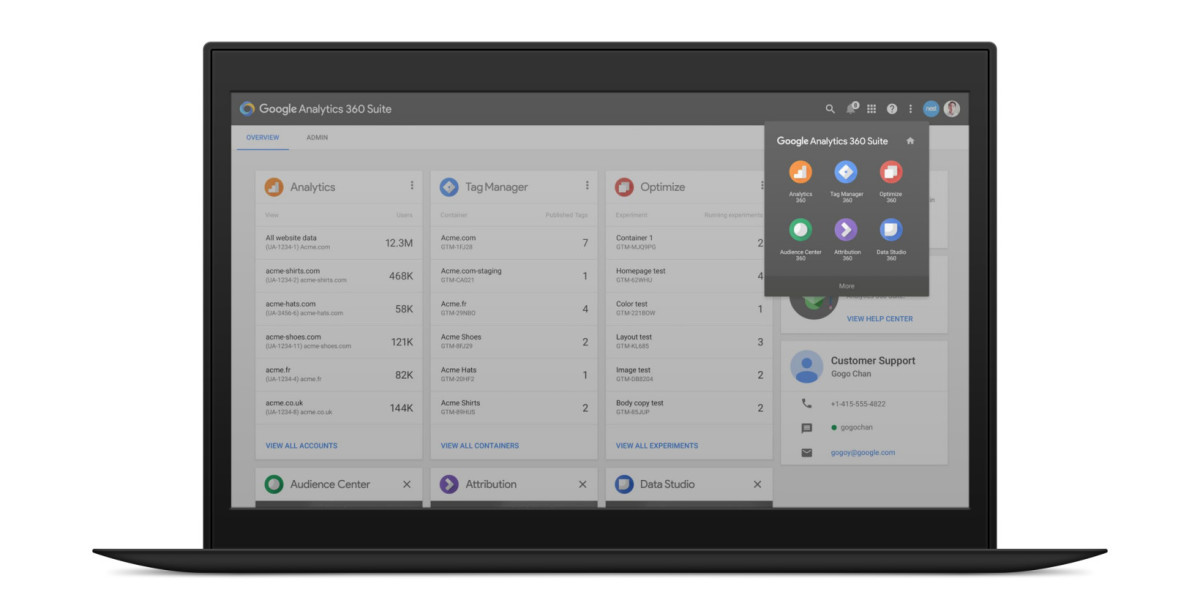 Whether you’re building an app or running an online store, analytics can help you figure out what your users are trying to achieve and how you can serve them better.

To that end, Google has launched a new set of enterprise-grade tools to help marketers gain insights about their customers’ journey and habits, and share that knowledge with their teammates.

The Google Analytics 360 Suite consists of six apps including four all-new ones and two rebranded tools:

The four new products are available from today in limited beta​. Google Analytics Premium and Adometry customers will see the products renamed in the coming months, and receive invites to join the new betas soon.

Read next: There's now a tiny $45 hard drive specifically made for your Raspberry Pi