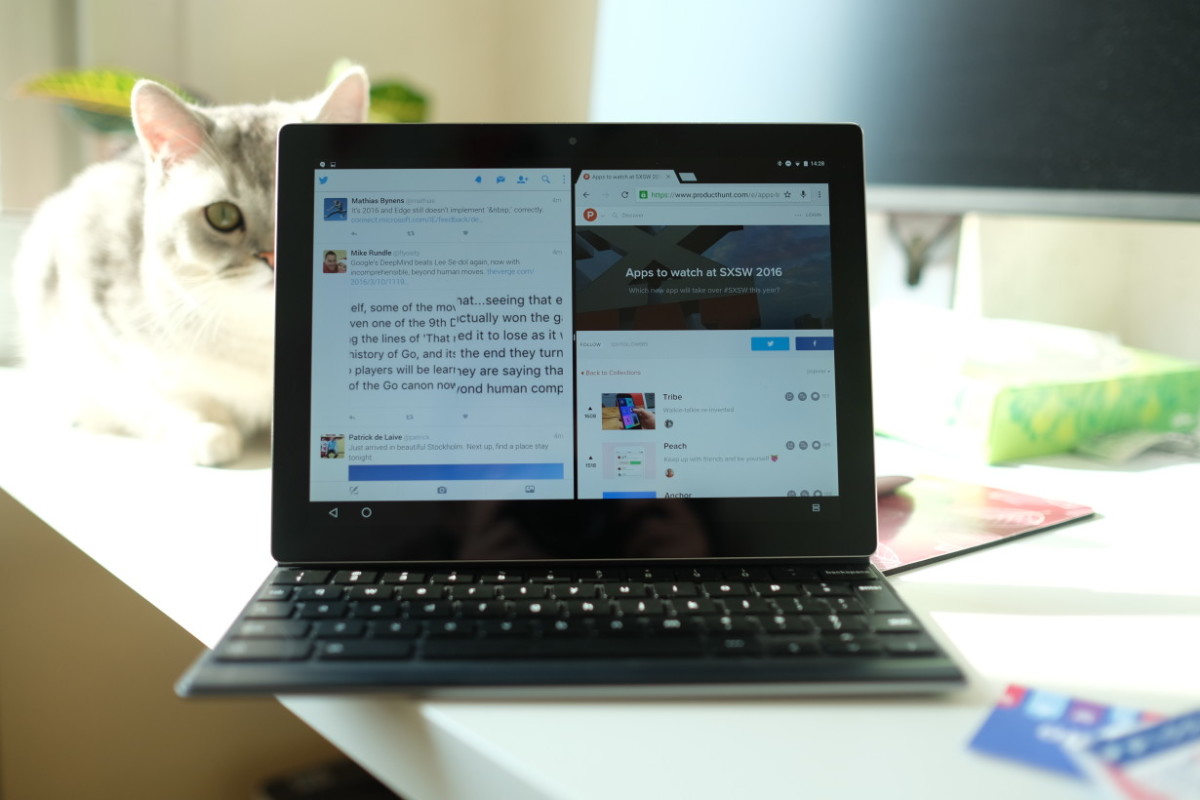 I’ve always had a love-hate relationship with tablets. I’ve never managed to convince myself to keep an iPad past a few weeks and I couldn’t take Android tablets seriously with their lack of multitasking.

That said, when I tried Google’s Pixel C hybrid late last year, I was impressed with what the company had done. It combined beautiful, functional hardware in a nice package – but the software consistently disappointed.

With the release of Android N preview this week, I can finally say that the Pixel C is a formidable competitor to other tablets. It’s only been 24 hours since the preview came out, but using the Pixel C with Android N is like night and day: you can actually do work on this thing.

Given Google’s warnings about how stable Android N is and that most applications would probably break horribly, I’ve been pleasantly surprised by just how functional the setup really is. The majority of apps are able to handle tablet mode without too much hassle and it feels like it should’ve been there all along.

The setup is also completely logical compared to the route Apple’s gone down.

To use multitasking on an iPad you’re required to activate ‘slide-over’ mode, which doesn’t run both apps in real-time, then drag the window to the middle of the screen, which activates proper multitasking.

On Android N it’s a little more logical. From multitasking view, you can grab an app by the title bar, then slide it to the side of the screen you want it to show on. To choose the other, just repeat.

Even more logical, if you hit the home button, the last app you snapped will slide to the side of the screen so you know it’s stuck around. If you choose another app, it’ll open in the spare slot.

There are plenty of options available for the size you can make an app, but you’re not able to choose your own custom one. There’s a bit of instability right now when you resize apps, sometimes causing them to crash, but in general it’s surprising how well it works during an early preview.

The addition of split-screen multitasking is both well overdue and welcome – and means tablets like the Pixel C are formidable productivity devices. Before Android N, you couldn’t do any serious work on an Android tablet, but now you can.

It’s also going to change the way developers build apps. Instead of them thinking about whether an app will be used on a phone or tablet, it doesn’t actually matter. The apps in the Play Store should be able to resize and adapt their layout regardless of the shape or size of screen and the addition of split-screen is a good step in this direction.

Android N will be out later this year, but Google released it as a preview yesterday for testing with devices like the Nexus 6P, Nexus 5X, Nexus 6, Pixel C, Nexus 9, Nexus Player and more.