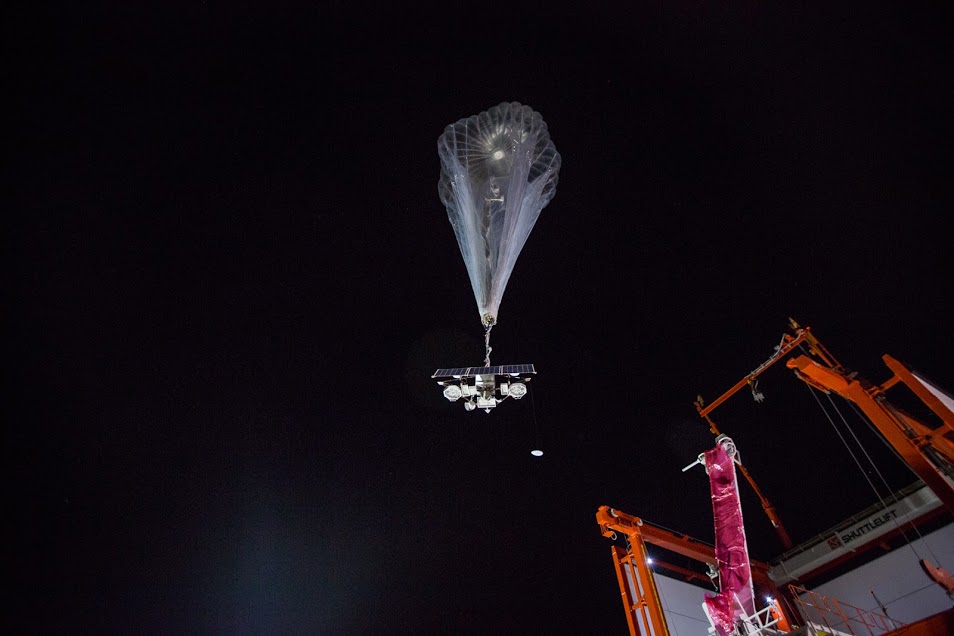 After more than two and a half years in development, Google’s Project Loon is properly getting off the ground (lol) and now the company is showing off exactly how the likely final design will get into the air.

“As Project Loon looks to build a ring of connectivity around the world in 2016, we need to be able to smoothly and reliably set-up new launch locations in far flung places,” the company said on its Google+ page.

That’s why it has custom-built a 16.7 meter, three-sided “autolaunch” crane – dubbed ‘Chicken Little’ – that fills, lifts and launches the tennis court-sized internet balloons into the air. Crucially, the crane can be taken apart and shipped anywhere in the world.

It takes just 30 minutes to fill a balloon. It is then shot 20 kilometers into the stratosphere, where it can catch the necessarily powerful winds and and ascend to the same height as commercial planes.

The latest design features three solar panels attached to the bottom of the balloon that give the vessels better maneuverability and increased connection time.

A network of eight ground stations is needed to communicate with the balloons in order to ensure they can provide full wireless coverage for a given region. The balloons can currently stay up in the sky for almost 100 days.

This latest testing was done in Puerto Rico but it’s expected that Loon will debut this year in Indonesia, marking the first step on Google’s journey to get the remaining five billion online.