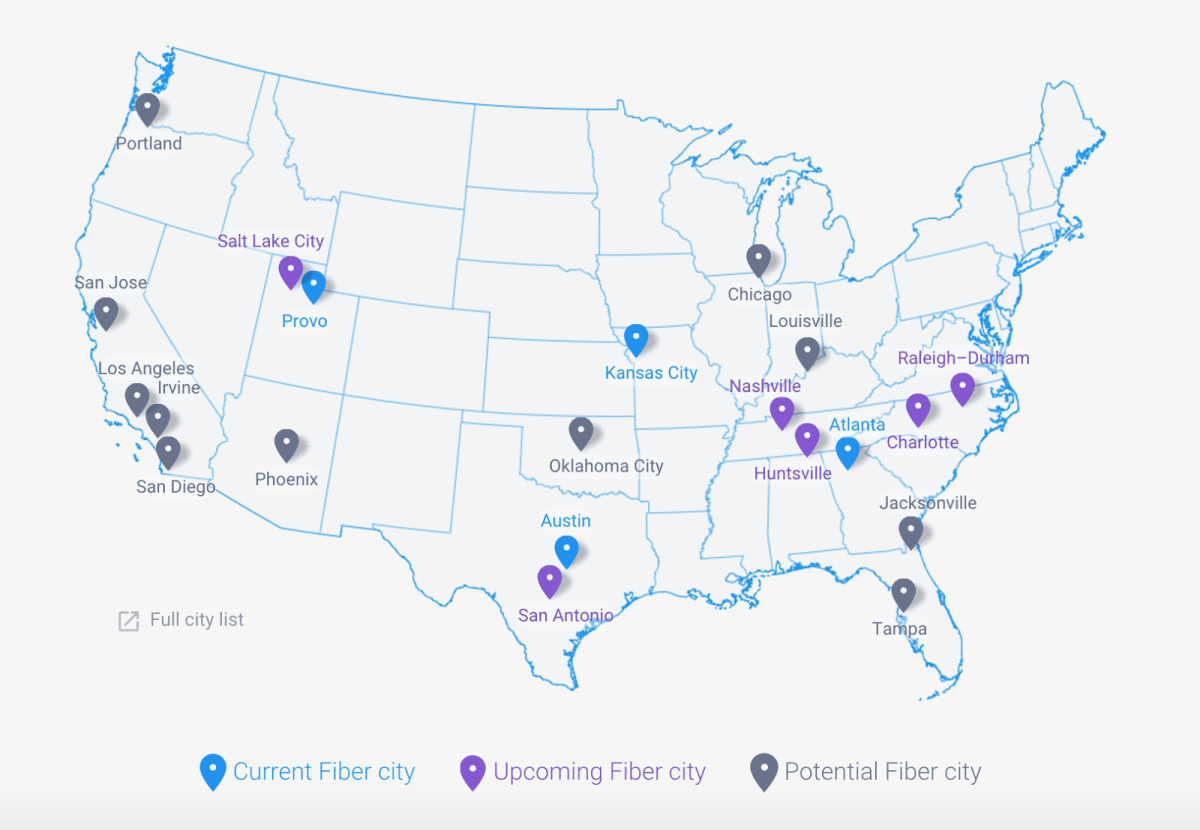 What better place to become the next Google Fiber partner than Rocket City, a.k.a. Huntsville, Alabama, so called because of its links to the space exploration sector and its high concentration of engineers.

Google is already working with 20 different areas in the US to deliver Fiber but Huntsville looks like the first to ink a deal with the company for it to provide high-speed internet on a new publicly-owned network before it’s even been built.

Although Google has been cautious in its announcement, highlighting that any company will be able to deliver broadband once the network is ready and declining to give out a timeline for the build, the city’s Mayor has sent a more overt message:

The Huntsville Utilities network will also be used to support a new “electrical smart grid,” as well as providing gigabit internet to the city’s inhabitants.

To date, Google has built most of its own Fiber networks, bought existing ones from the relevant city or made use of existing infrastructure.

Read next: Snapchat now lets you create your own Geofilters for parties and events