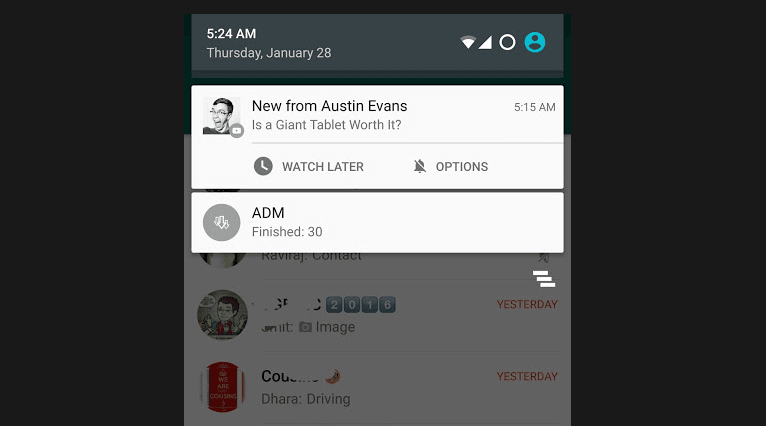 It may seem minor, but kids everywhere will be jumping for joy with the addition of a ‘Watch Later’ function to video push notifications sent from the YouTube Android app.

If you’re subscribed to any channels in the app, you’ll be familiar with the notifications sent when your favorite YouTube star publishes another great video.

Until now though, you could only watch it there and then or head to the options button to disable notifications from that channel. Now you will be able to tap ‘watch later’ and the video will be added to your Watch Later list in-app.

The disable button still stands, however much fans like Rahil Bhimjiani, the guy who spotted this, think it doesn’t make sense.

His suggestion, shared as a true fan on Google+, is that this spot should be saved for a ‘download offline’ button.

This feature has not been officially announced, so it’s not clear whether it’s just a test, but it represents a logical use of Android’s push capabilities, so makes sense for a full roll out.

We’ve contacted Google to find out when this will go live to all users.

Read next: Material Design is slowly coming to Google Chrome, here's what it looks like