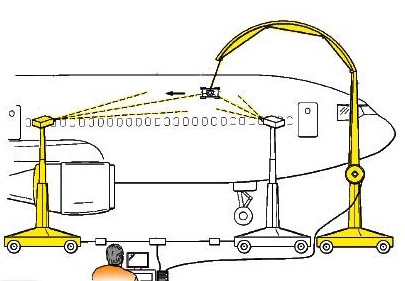 This week USPTO issued 5525 patents and published 7429 applications. Each patent is important as it adds something new to the human knowledge base. PatentYogi team has selected the six awesome patents this week listed below.

Take me out to the ballgame

Google wants to help with your social media multi-personality disorder

People behave differently in the various online roles, from taking the role of a parent on Facebook to playing a role of a stamp collector on a stamp collecting forum. Some of the roles of the person and contexts of the online application may be incompatible with one another. For example, a civil servant may not want his posts regarding his celebrity-following activity to be known to his working colleagues.

Aircraft structures may now be examined at various times, such as during manufacturing, to determine whether its structures have certain desired properties.

Is it a bird? Is it a plane? It is an ornithopter?

Mitsubishi filed patent for a flapping type drone that imitates birds. It has advantages over convention drones, from the viewpoint of quietness, low visibility and mimetic characteristics. For military applications, quietness is a crucial requirement. Recently, U.S. Military gave up on robots from Google because they were too loud.

The flapping type drone has characteristics of both the fixed wing type and the rotary wing type.

The ground-based reflector arrays can focus on a power tower equipped with either photovoltaic or turbine based receivers to produce power for the grid when the arrays are not used to direct solar power to the solar powered aircraft.

A much needed vehicle update

Read next: This week in patents: Manufacture your own Nikes, an improved Google Glass and more

Read next: Your favorite Netflix series are coming back with new seasons – here are the dates