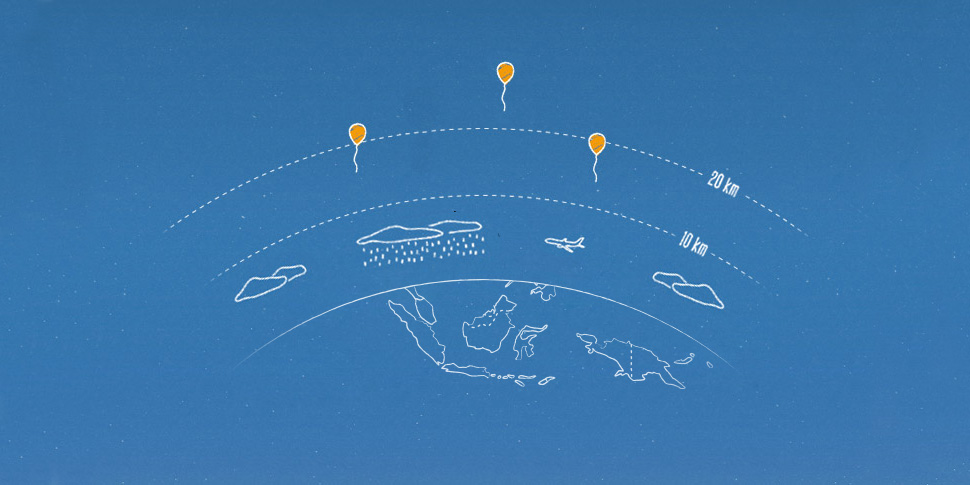 Google has announced that it’s teaming up with major mobile carriers in Indonesia to begin testing its balloon-powered internet service, dubbed Project Loon, in the country to help bring connectivity to more than 100 million citizens.

As Indonesia is spread across more than 17,000 islands with difficult terrain, internet infrastructure is poor and roughly two-thirds of the population does not have access to the Web.

The search giant is partnering with Indosat, Telkomsel and XL Axiata to trial Project Loon starting next year. The company hopes to beam 4G LTE internet connections over the next few years from its balloons floating approximately 12.4 miles above the earth’s surface.

Google announced the ambitious project in June 2013 and marked its first anniversary by successfully connecting a school in Brazil to the internet.

Around the end of July, we reported that Google was in talks to bring Project Loon to Sri Lanka.

With today’s announcement, the company is one step closer to bringing internet access to Indonesians in remote locations across the island nation. It’ll be interesting to see if it can beat similar attempts: SpaceX founder Elon Musk and satellite company OneWeb are both working on their own projects to deliver internet connectivity from outer space.

Read next: You can now shop on Amazon with your Fire TV