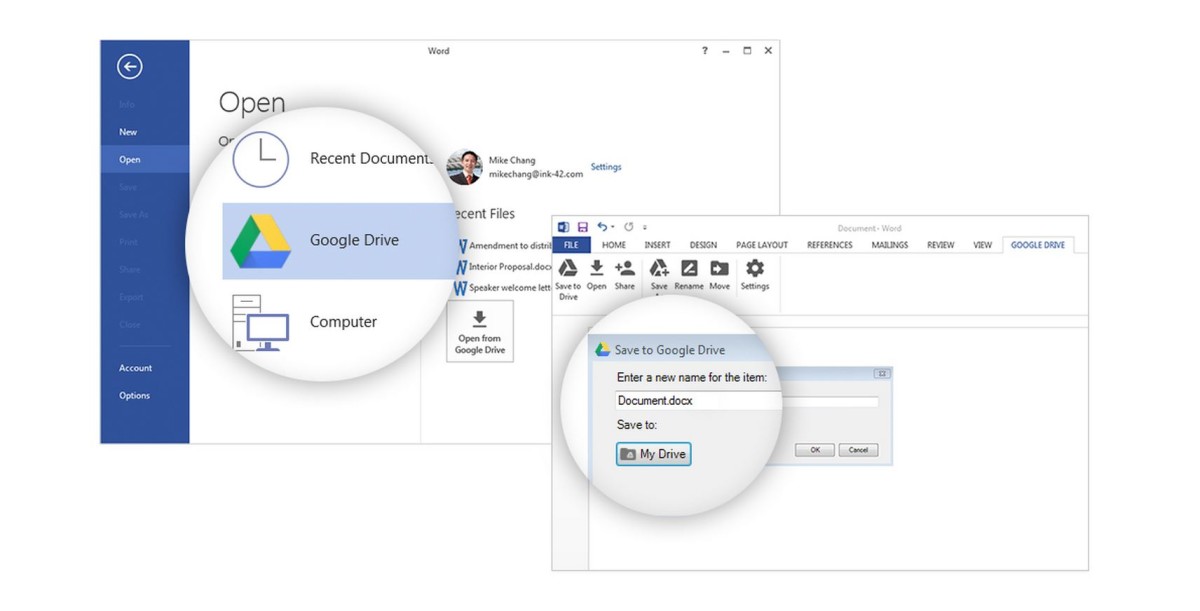 Google may have its own popular suite of office apps, but that doesn’t mean it’s not aware Microsoft Office is still important for many users, Today the company is launching an Office plugin that allows you to directly load and edit Google Drive documents from within Microsoft’s productivity suite

The simply-named Google Drive Plug-in allows Office for Windows users to open any Word, Excel and PowerPoint documents stored in Drive. Any changes will be automatically synced up to Google’s cloud when you’re done.

In November, Google created a Chrome extension to allow you to launch Drive files on your choice of desktop apps – the company says today’s Office plugin is a further step in an open approach to Drive, allowing you to use the apps “you’re already comfortable with.”

Of course, Google also likely wants to avoid losing Drive users to competitor offerings, especially now that Office comes with Box and Dropbox integration by default in addition to Microsoft’s own OneDrive.

Still, it’s a nice feature many users are sure to appreciate. You can download the new plugin from Google now.