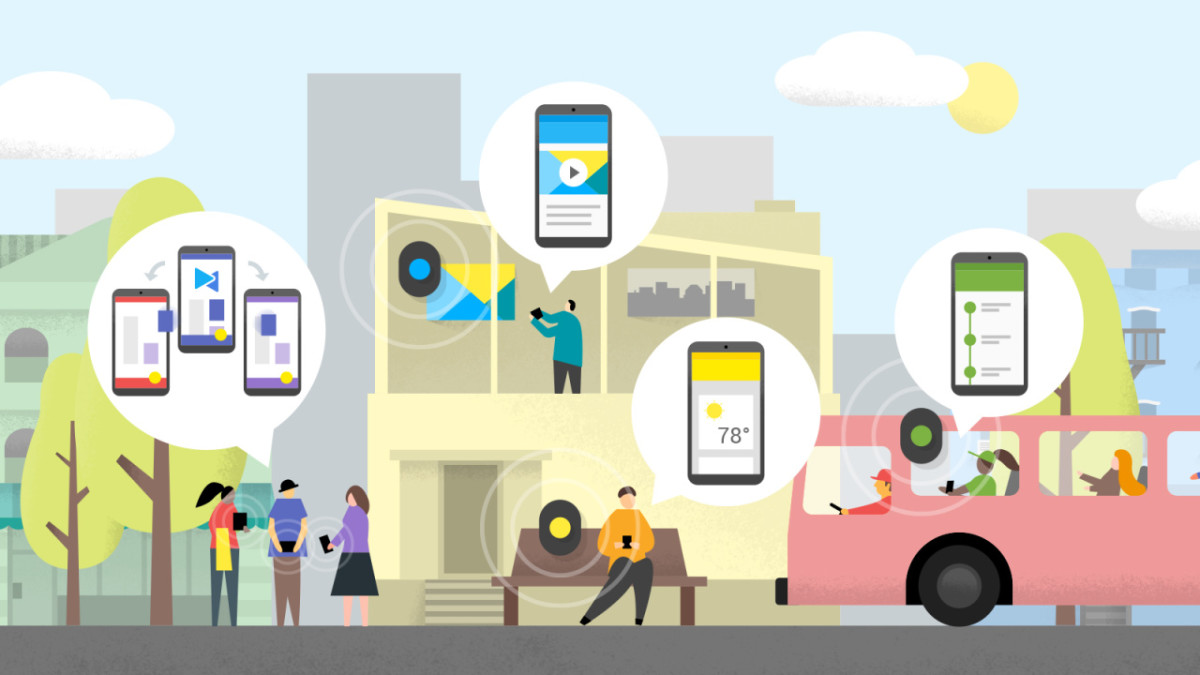 If you’re not familiar, beacons are low-energy battery-friendly hardware that use Bluetooth to transmit data. Since Bluetooth connections have a much smaller range public Wi-Fi and work indoors unlike GPS, it allows retailers, developers and companies to precisely pinpoint the user’s location and send relevant information based on where consumers currently are.

With Eddystone, Google is hoping that developers will be able to build even more contextual apps. For example, a user’s phone might provide transit times when they are at their local bus stop, or bring up an event ticket barcode when they’ve arrived at the venue.

Alongside the launch, Google will offer the Nearby API and Proximity Beacon API to help developers focus on how to transmit data to devices that are in range of select beacons, while allowing them to monitor beacons to make sure everything is running smoothly.

Imagine walking into a restaurant and receiving the menu on your phone screen by the time you sit down. With Google’s search technology, users may also be able to tap menu items and look up photos of the dish to learn more without the need to flag a waiter’s attention.

For now, Google does not plan to charge for Eddystone. With third party vendors like Estimote, Bluvision, and Kontakt.io on board, it hopes to reach the networks that already exist on iBeacon’s platform while adding more functionality to its own Google Now service.

Read next: 7 things you should do before launching a beacon program