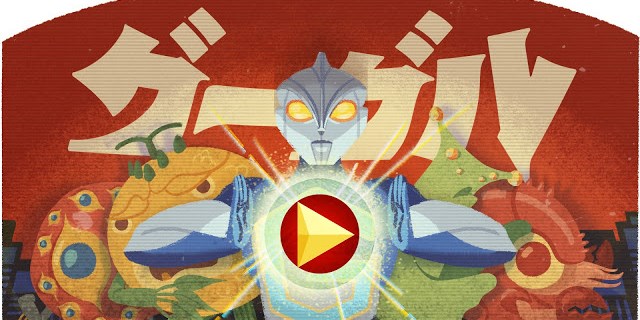 Born 114 years ago, Japanese film and special effects director Tsuburaya Eiji pioneered the art of ‘tokusatsu‘ — creating spectacular scenes using miniature city sets and figures. He’s also credited with the creation of Godzilla and Ultraman, and Google is celebrating his birthday with a special interactive doodle on its home page.

The doodle takes you through 10 scenarios of a quick game on a beautifully illustrated set of a tokusatsu film that plays a lot like the popular mobile title Dumb Ways to Die.

You’ll need to have your wits about you to quickly glue buildings together, destroy them with monster tentacles, crush tanks and more.

Depending on how successful you are at completing each task, you’ll see a different ending for your movie.

I won’t give away any more of the plot. Google’s effort is a fitting tribute to the late master, whose ideas continue to be used by his film studio.

You can also visit Google’s Asia Pacific blog to read about how Google’s Shun Ikeda and artist Jennifer Hom collaborated to create this marvellous doodle.

Read next: Giant American and Japanese battle robots are going to fight…for real

Read next: Apple stores are now selling a thermostat you can control with Siri