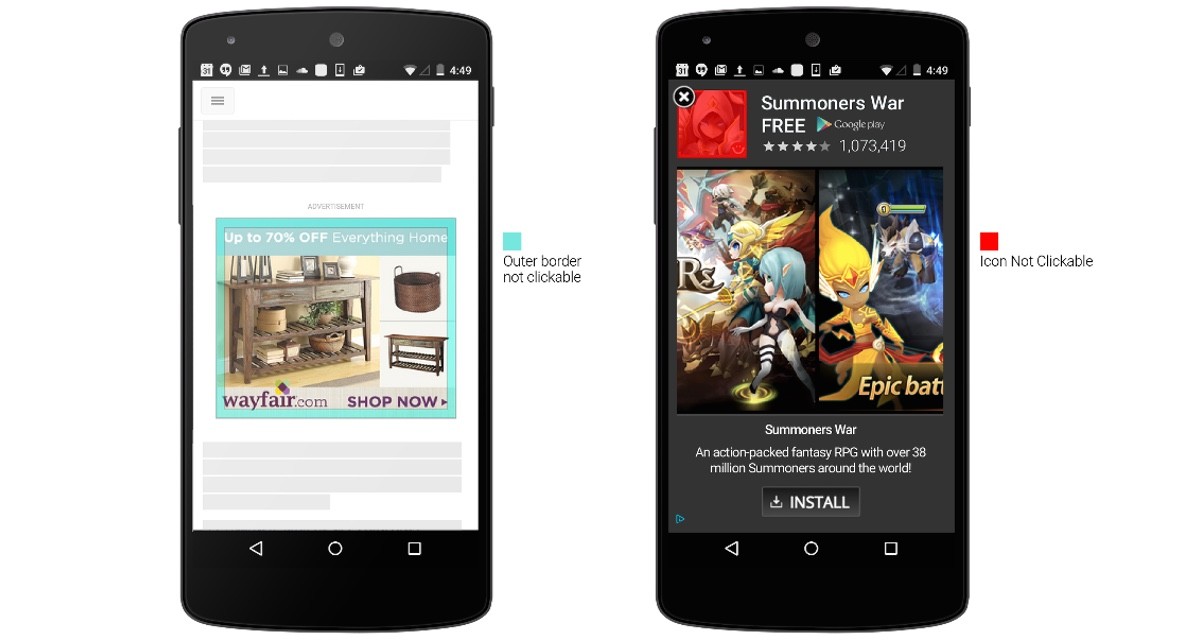 Being redirected to an advertiser’s page when you didn’t mean to click a banner ad is frustrating. Today, Google has announced changes that will help eliminate those mis-clicks and feverish taps on the back button.

Clicks that happen too close to an image’s sides will now be blocked from redirecting you to a new page. Google says its studies show the edge of images are prone to accidental clicks, so it’s taking the border out of the click-through equation.

App icons can no longer be used for installs when a call-to-action button exists. According to Google, “on in-app interstitial ads, users will no longer be able to click on the app icon of an install ad given its proximity to the ad close button. Instead, users must click on the call-to-action button to visit an app store page and install the app.”

Ads will also remain dormant until on screen for a “short period of time.” That will help alleviate those clicks when an ad may not have loaded all the way, or you’re scrolling quickly as a page loads up.

In addition to helping users stay on the page they want and not clicking ads they didn’t mean to, Google says these changes will help advertisers see more accurate click-through rates.

Read next: Google advertisers will soon know if you watched or skipped their video ads

Read next: 33 powerful tools to get the most out of your users