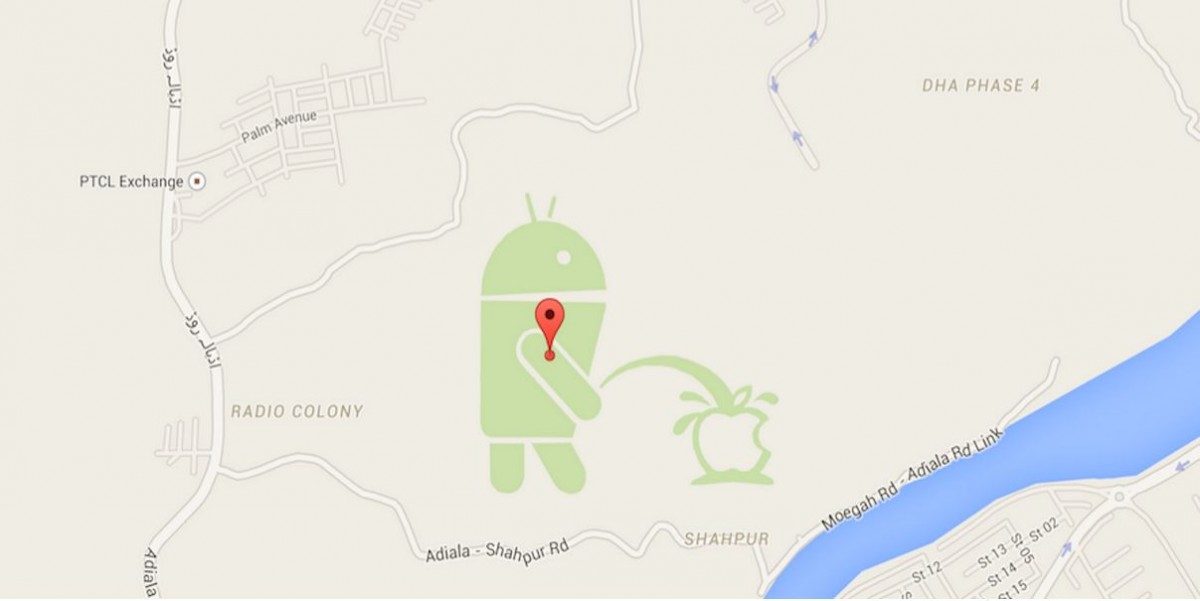 Remember that Google Maps prank from a couple of weeks ago that made it look like an Android bot was peeing on the Apple logo in Pakistan?

Well, it turns out that’s not the only instance of users misusing Google’s editing tool, Map Maker. Things have got so bad that the company has been forced to temporarily shut it down to combat a surge in false edits.

If you visit Map Maker’s homepage now, you’ll be greeted with a pop-up letting you know it will be unavailable starting May 12.


Clicking through on the Learn More button leads you to a message by the Map Maker team explaining that it first tried to remedy the issue by suspending automated approval and community moderation. However, the backlog of edits, now being approved on a case-by-case basis, soon became unmanageable.

As a result, it’s being forced to shut down the tool completely, until it is able to catch up with the queue of edits and bring back the moderation system in a less vulnerable form.

Unfortunately, it’s very likely the spam surge was due to the press over last month’s prank, but at the very least this will hopefully lead to better moderating on Map Maker overall.

Read next: Google is sorry that a urinating Android logo appeared on Maps

Read next: Giphy lands in your inbox so you can use reaction GIFs in every email