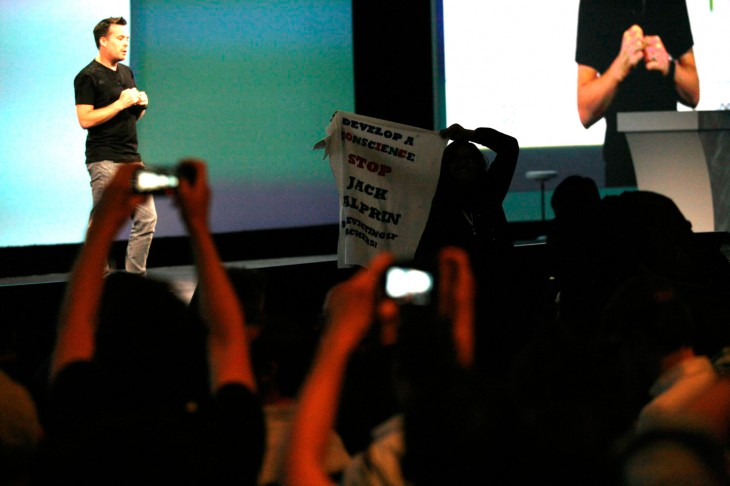 A protester attempted to grab the limelight during the Google I/O keynote today, calling on Google to “develop a conscience.” Google security quickly removed the agitator from the room, but she managed to get in a few yells and distract the presenter before being stopped.

Judging from the protester’s sign, she was attempting to call attention to an eviction complaint related to Google’s head of E-discovery, Jack Halprin. In April, activists gathered outside Halprin’s house to accuse him of using “illegal methods” to evict tenants from a property in San Francisco.

The attempt follows yesterday’s Occupy Google protests at the company’s headquarters, which resulted in 10 arrests, according to SFGate.

UPDATE: Another protester interrupted the keynote later. This time it appeared the complaint related to Google’s acquisition of Boston Dynamics, the robotics company that is currently a military contractor. “You’re all involved with a company that builds robots to kill people,” he said before being led away by security.

Read next: Android Wear SDK available to download for developers from today