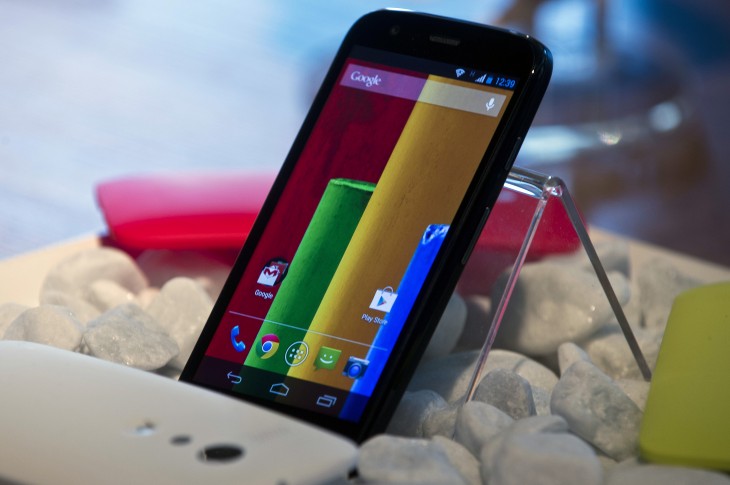 It’s confirmed: Google is selling Motorola to Lenovo for $2.91 billion. The company made the announcement in a blog post that claims is an “important move for Android users everywhere.” Google CEO Larry Page said that the decision to sell would not only help Lenovo in the smartphone race, but also let his company focus on driving innovation within the Android ecosystem.

The $2.91 billion that Google is getting is just a fraction of what it paid for Motorola back in 2011. Back then, Page said that the acquisition would be used to “supercharge the Android ecosystem”. The Google-owned, but independent Motorola wound up launching several smartphones that have received quite a bit of attention, including the Moto X.

As a result of the deal, Lenovo will be keeping Motorola’s brand, but Google will retain the majority of its patents that will be used to “defend the entire Android ecosystem.” One can’t help but think that even amid Google statements saying that the Motorola acquisition would help lead to more prosperity within the Android ecosystem, it ultimately wound up as a ploy to grab much-desired patents.

However, Lenovo will be receiving a license to the Google-owned Motorola patents and other intellectual property, along with 2,000 patent assets.

Yang Yuangqing, chairman and CEO of Lenovo, issued this statement:

We are confident that we can bring together the best of both companies to deliver products customers will love and a strong, growing business. Lenovo has a proven track record of successfully embracing and strengthening great brands – as we did with IBM’s Think brand – and smoothly and efficiently integrating companies around-the-world. I am confident we will be successful with this process, and that our companies will not only maintain our current momentum in the market, but also build a strong foundation for the future.

Page makes it a point in his blog post to note that by Google selling Motorola, it doesn’t mean anything as it relates to his company’s other hardware efforts: “The dynamics and maturity of the wearable and home markets, for example, are very different from that of the mobile industry. We’re excited by the opportunities to build amazing new products for users within these emerging ecosystems.”

In looking at that statement, could this be a sign that Google will be using the Motorola patents to build out a program to bring Android to non-mobile experiences, such as the home, bolstered by its recent acquisition of Nest Labs?
Ever the optimist, Motorola Mobility’s CEO Dennis Woodside said in a statement:

As part of Lenovo, Motorola Mobility will have a rapid path to achieving our goal of reaching the next 100 million people with the mobile Internet. With the recent launches of Moto X and Moto G, we have tremendous momentum right now and Lenovo’s hardware expertise and global reach will only help to accelerate this

If you’re interested in how Google will be receiving the $2.91 billion, then here’s a breakdown:

The purchase price is approximately US$2.91 billion (subject to certain adjustments), including US$1.41 billion paid at close, comprised of US$660 million in cash and US$750 million in Lenovo ordinary shares (subject to a share cap/floor). The remaining US$1.5 billion will be paid in the form of a three-year promissory note.

Page cautioned that today’s move has yet to be reviewed by US and China regulators and also comes on the eve of the company’s quarterly earning.

News of the acquisition first broke when sources told several publications, including the New York Times, that a deal was impending between Google and Lenovo.