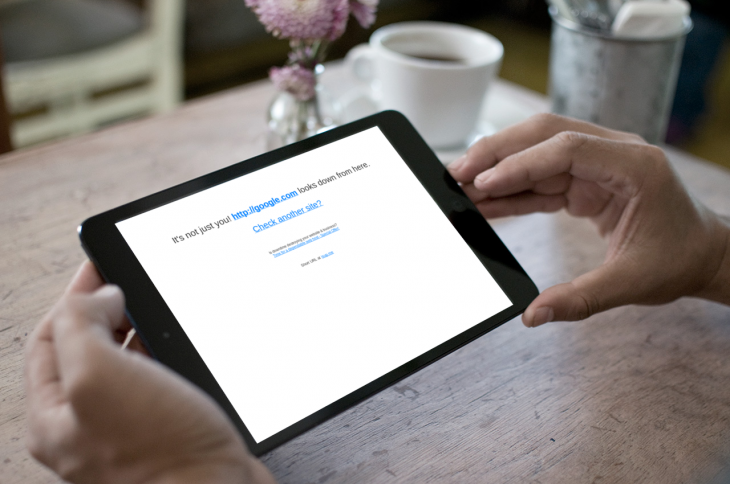 We wouldn’t normally write about a mere few minutes in down time, but when it’s Google, it’s notable.

Google.com, Google’s search product (you may have heard of) went down between 23:52 and 23:57 BST according to Search Engine Land. Not since 2009 has Google Search experienced any downtime.

It didn’t appear to trend on Twitter but a look at Hacker News and the graph below (via Twitter analytics tool Topsy) will tell you it definitely happened.

Analytics tool GoSquared also noticed an immediate page view drop of 40% across all its customers sites.

Google has issued a statement saying:

“We have received reports of an issue affecting some Google services. The issue is now resolved. Please follow our dashboard for more information: http://www.google.com/appsstatus”

Who else restarted their router to try to fix the problem? :)

Read next: The 10 best writing apps on the iPad