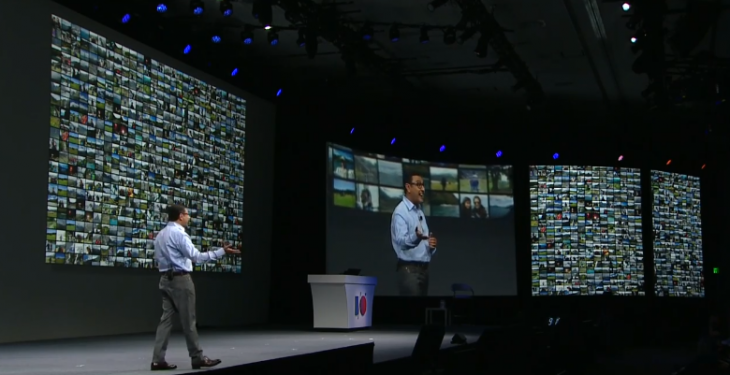 Google announced a number of features for your photos during its I/O developer conference today, including an Auto Backup tool with 15 GBs of free storage for full-size photos; an Auto Highlight feature which selects the best photos out of hundreds; Auto Enhance, which Google called “an easy button to make your images look beautiful” and Auto Awesome, which presents your photos as Gifs and collages.

Speaking on stage, Vic Gundotra said that Google wants its data centers to be your new darkroom.

For storage, Google now allows you to upload 15GB of full-resolution images, up from 5 GB, and will continue to let users upload an unlimited number of standard resolution photos.

For the Auto Highlight feature, Google says it is able to detect blurry images, duplicates, smiles, landmarks and more to decide which photos are most important to you. Additional factors include a curious aesthetic value detector, which has been trained by hundreds of human raters, and the ability to recognize members of your family circle. Clearly this feature will be more useful if your family members actually use Google+.

Read next: Google previews next version of Google Maps for iOS and Android, including an iPad app coming this summer