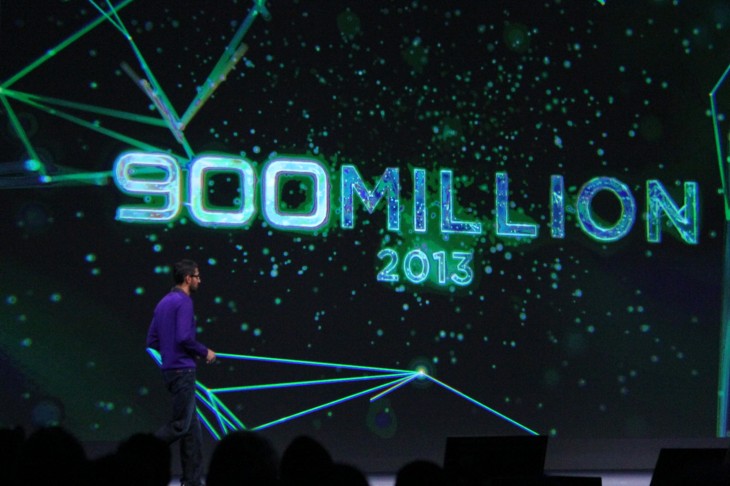 Google has announced at its I/O developer conference that there have now been 900 million activations of Android in total. The company also says that it has crossed 48 billion app downloads and that Google has paid out more to developers this year than it did last year. Currently, Android is seeing 2.5 billion app installs per month.

“People are adopting these devices at an amazing pace,” said Google SVP of Chrome and Android Sundar Pichai. “When you look at all of these computing devices, it’s a multi-screen world…they have sensors, they can look, they can feel.”

“We view this as one of the most important moments in computing…at the heart of this journey is the impact we can have on people around the world.”

“We are fortunate at Google to have two incredible platforms…Android and Chrome. Android started with the simple goal of bringing mobile standards to mobile computing. Today, it’s the most popular mobile operating system in the world.”

Of note, Apple is currently counting down to 50 billion apps downloaded, a goal which it is set to hit within days.

Read next: Google announces 3 new APIs that help developers track location with under 1% of battery use