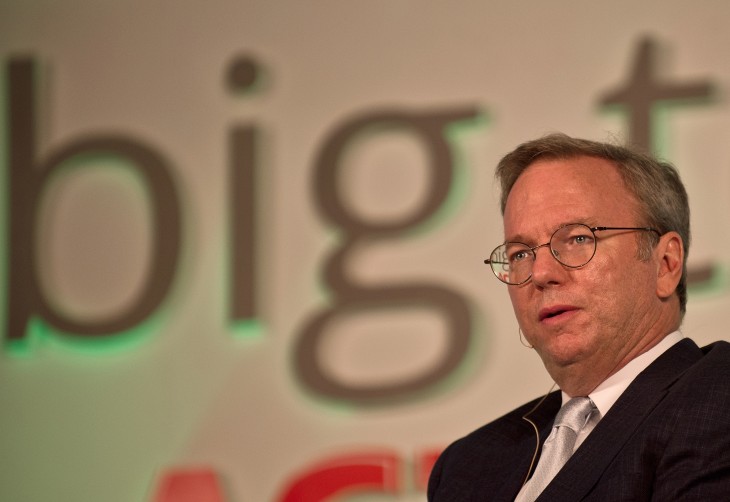 Google chairman Eric Schmidt has reportedly told delegates at the company’s Big Tent event in India today that Android and Chrome OS will remain as two separate products – at least for the foreseeable future.

The statement follows the news that Andy Rubin, co-founder and chief of Android, will be stepping down and replaced by Sundar Pichai, who until now has led Google’s various client software products, including Google Chrome and Chrome OS.

The reason behind the move is still unclear, which has led many to speculate that both operating systems could merge later down the line.

Those thoughts aren’t entirely unfounded. Android, while incredibly successful on smartphones, has arguably struggled to prove itself on tablets. A small part of that is due to the nature of the platform, but it’s also because of the lacklustre support for tablet-optimized apps.

Chrome OS, which runs on Google Chromebooks, appears to be going from strength to strength. It hasn’t really grabbed the headlines for sales of its affordable netbooks – and the not-so-affordable Chromebook Pixel – but there seems to be a growing appreciation for what it can achieve.

The Verge, meanwhile, has cited Schmidt at the Big Tent event as saying that the two will “remain separate and independent for a long time.”

Those words can be picked at, however. A “long time” could be relative to Google’s breakneck development speed and equate to a year or two. What Schmidt also didn’t say, was that the two will never merge later down the line.

In a report by Reuters, Schmidt also said that there would be an increasing amount of “commonality” between them. This makes sense, as we’ve already seen images of a notification center running on Chrome OS, which is hinting at the implementation of the company’s popular Android app Google Now.

One last piece of the puzzle is the following tweet by Manhendra Palsule, Editor at Techmeme.

Schmidt confirms that Chrome OS and Android will remain separate & independent for a long time and neither will be abandoned. #BigTentIndia

If Google refuses to abandon Android, then most of the rumors have just been that – rumors and nothing more. It’s fair to say, however, that Google is pushing for a future where all of our work, interaction and services exist on the Web. That approach is much better suited to Chrome OS and the company’s Web services such as Google+, Google Drive and Gmail, and less so to the revamped native apps it has recently been applauded for.