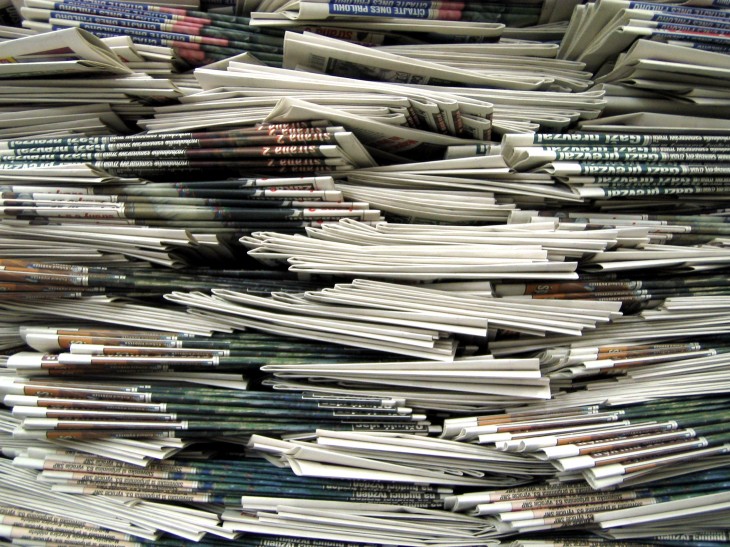 Google appears to be preparing to launch a newspaper feature called Google Play News, to complement the apps, music, books, magazines, and movies it already offers in its Android store. As first spotted by Android Police, news content will come in “Issues” and “Subscriptions,” suggesting the feature will be similar to Apple’s Newsstand service.

The new revelation was discovered in a JavaScript file hosted on the Web version of Google Play. The text “Google Play News” is only mentioned once, but these text strings show it wasn’t included by accident:

Most of the text in the JavaScript file is almost identical to the Magazine section of Google Play, suggesting the two will be closely related (and will likely use similar if not the same code). Google Play News is clearly still not yet ready for prime time, however, given that Google seems to regularly swap between using terms like “News Issue” or “News Edition” to refer to a single issue and can’t decide if it should be using “News” or “news” to refer to the broader content.

Apple has seen great success with its Newsstand app so far. Less than two months ago, we noted how Hearst decided to ship magazines on Apple’s platform before anywhere else.

The state of affairs on Android is meanwhile bleak. TNW, for example, recently decided to stop producing TNW Magazine for Google’s platform.

It makes sense for Google to enter the newspaper business with Android. Reading the news on mobile devices is a very popular activity as digital continues to replace print, and the company would be daft not to want a piece of that pie.

Google may be killing off Google Reader on July 1st and pushing onwards with Google+, but that simply means the company is done with RSS. The company is still very much supporting the news industry; Google News and other similar services aren’t going away, while new ones are bound to show up too as the media world continues to evolve with the Web.

Read next: US to press China on cyberattacks, White House reports on day it is accused by North Korea of hacking it