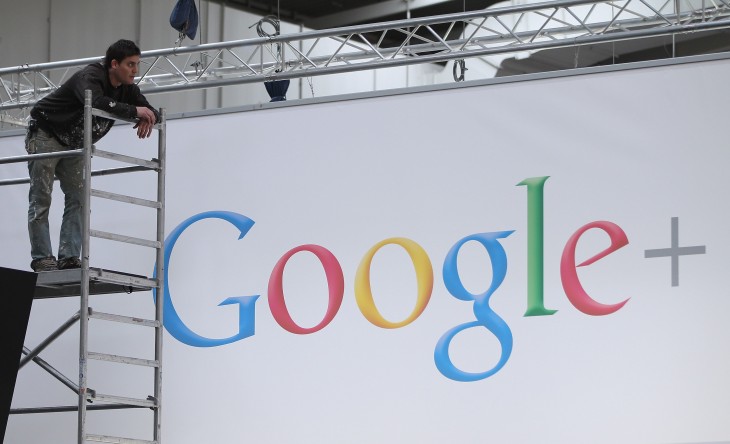 When Google announced today it was killing Google Reader on July 1st, just one thought crossed my mind: “I bet this has something to do with Google+.” I didn’t have anything more than a hunch to go on, however, until Brian Shih, a former Google Reader product manager, confirmed my suspicions on Quora.

Shih, who left Google in 2011, explains how the company’s insistence on building a social network (to counter Facebook of course) has resulted in the company’s engineers being coaxed away from the Reader group. This is because Reader team members, according to Shih, are believed to be the only ones at Google that truly understand social.

After all, before Google Reader’s sharing features were converted to corresponding Google+ ones, users of the soon-to-be-killed service used to share like crazy. Shih postulates, with plenty of logic, that this activity dropped as Google pushed Reader users to sharing on Google+ instead.

It’s been long known that Google has been reducing its internal resources for Reader. The service, and RSS in general, simply doesn’t fit into the company’s broader vision for the Web. In fact, I remember when Chrome first arrived on the scene and didn’t support RSS feeds. It was decisions like this that ensured I wasn’t an early adopter of Google’s browser.

But I digress. You have to look at this from Google’s point of view. Reader is a popular service mainly among geeks, but with a declining population. Google+, meanwhile, is for “everyone” and could be expanded in a way to “replace” Reader. I personally disagree with that last part, but that’s how Google sees it.

Reader is just one of many services, and it’s slowly dying anyway. Google+ is meanwhile growing, it has a lot of potential, and it brings all of Google’s services closer together.

For reference, here’s Shih’s full explanation on Quora to the question “Why is Google killing Google Reader?”:

Read Quote of Brian Shih’s answer to Google Reader Shut Down (March 2013): Why is Google killing Google Reader? on Quora

Let’s be clear that this has nothing to do with revenue vs operating costs. Reader never made money directly (though you could maybe attribute some of Feedburner and AdSense for Feeds usage to it), and it wasn’t the goal of the product.

Reader has been fighting for approval/survival at Google since long before I was a PM for the product. I’m pretty sure Reader was threatened with de-staffing at least three times before it actually happened. It was often for some reason related to social:

It turns out they decided to kill it anyway in 2010, even though most of the engineers opted against joining G+. Ironically, I think the reason Google always wanted to pull the Reader team off to build these other social products was that the Reader team actually understood social (and tried a lot of experiments over the years that informed the larger social features at the company)[1]. Reader’s social features also evolved very organically in response to users, instead of being designed top-down like some of Google’s other efforts[2].

I suspect that it survived for some time after being put into maintenance because they believed it could still be a useful source of content into G+. Reader users were always voracious consumers of content, and many of them filtered and shared a great deal of it.

But after switching the sharing features over to G+ (the so called “share-pocalypse”) along with the redesigned UI, my guess is that usage just started to fall – particularly around sharing. I know that my sharing basically stopped completely once the redesign happened [3]. Though Google did ultimately fix a lot of the UI issues, the sharing (and therefore content going into G+) would never recover.

So with dwindling usefulness to G+, (likely) dwindling or flattening usage due to being in maintenance, and Google’s big drive to focus in the last couple of years, what choice was there but to kill the product?

Personally, I think that there is still a lot of value a service like Reader could provide — particularly in a world with increasing information overload coming us from many different sources. But Reader at Google was pigeonholed as an RSS-reader explicitly, and didn’t have a chance to grow beyond that to explore that space. But that’s neither here nor there.

[1] See Reader’s friends implementations v1, v2, and v3, comments, privacy controls, and sharing features. Actually wait, you can’t see those anymore, since they were all ripped out.

[3] Reader redesign: Terrible decision, or worst decision? I was a lot angrier then than I am now — now I’m just sad.

If you want to join the discussion, head here.

Update: Shih edited his Quora post to add that this is all just his opinion and doesn’t necessarily represent his former employer’s decision making process. Still, it’s great to see the reasoning laid out by a former insider, and his thinking makes perfect sense to us, especially given what executives have said about Google Reader and Google+ in the past.

Read next: The gorgeous Elixr for iOS uses data to help you find better drinks in better places