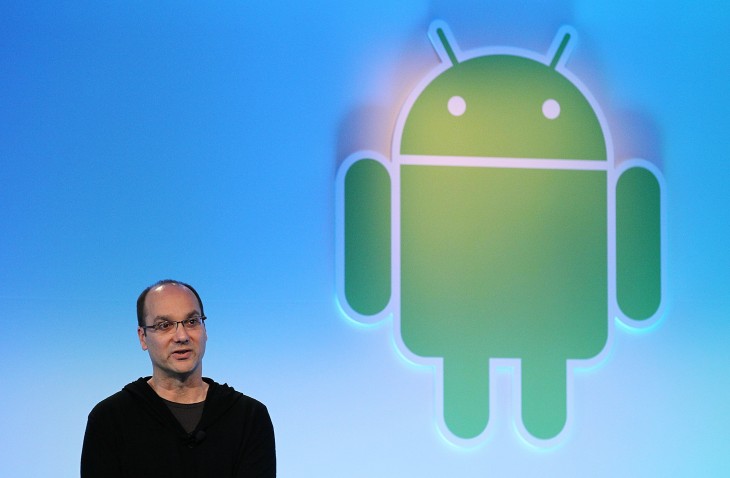 Google CEO Larry Page on Wednesday announced a big change over in the company’s Android division: Andy Rubin is being replaced by Sundar Pichai. Rubin isn’t leaving Google, at least not yet, but he has stepped down from leading the company’s mobile operating system division.

This is quite a change as Rubin cofounded Android Inc. before it was acquired by Google. It also signals a big change at Google as Pichai leads Google’s client software products, including Google Chrome and Chrome OS.

“The pace of innovation has never been greater, and Android is the most used mobile operating system in the world: we have a global partnership of over 60 manufacturers; more than 750 million devices have been activated globally; and 25 billion apps have now been downloaded from Google Play,” Page said in a statement. The 25 billion app download number isn’t new (Google Play crossed it in September 2012), but 750 million devices seems to be a new (huge) figure. It’s very likely Page and company waited till the new milestone to announce the change.

While it’s not yet clear where Rubin will be heading within Google, Page does offer a small hint: “Having exceeded even the crazy ambitious goals we dreamed of for Android—and with a really strong leadership team in place—Andy’s decided it’s time to hand over the reins and start a new chapter at Google. Andy, more moonshots please!”

Does that imply he will be heading the Google Glass division? We wouldn’t put it past Rubin. Yet there’s another, also just as likely possibility; in fact, yesterday we wrote about Google’s X Lab ‘moonshot’ division as part of a SXSW talk. Again, we doubt the timing is a coincidence: that’s likely where Rubin is heading, though we’re not sure he will end up heading it.

As for Sundar Pichai, Page says he will lead Android in addition to his existing work with Chrome and Apps. If Google really does plan on bringing Android and Chrome closer together, Pichai is likely the right man for the job. “So while Andy’s a really hard act to follow, I know Sundar will do a tremendous job doubling down on Android as we work to push the ecosystem forward,” Page gushed.

Google’s CEO also specifically mentioned Android’s Nexus program, Google Now, as well as partners Asus, HTC, LG and Samsung. Pichai will be tasked with figuring out how to bring all these puzzle pieces together in the company’s ongoing mobile push.