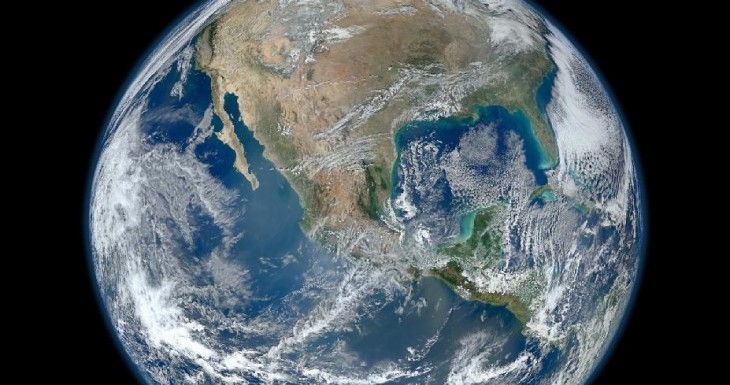 Google Maps has launched a new layer called Earth at Night 2012 using data from NASA’s Earth Observatory and the National Oceanic and Atmospheric Administration. The data is referred to as Black Marble imagery because of its unique view of the planet’s city lights at night.

The Blue Marble, of course, is NASA’s high-resolution look at Earth during its daylight hours. This night view was captured by the Suomi NPP satellite over nine days in April 2012 and 13 days in October 2012.

Over 312 orbits, the satellite snapped a shot of every bit of Earth’s land surface. That data was then mapped over the daylight view to give a realistic overview of the planet.

The data layer really is gorgeous, you can see it in action here. The original Blue Marble is one of the most famous photographs ever taken of Earth. It was captured by the Apollo 17 astronauts in 1972. Earlier this year, NASA released Blue Marble 2012, an image of the western hemisphere of earth that was meant to be an update of the original. It was also captured by the Suomi NPP satellite.