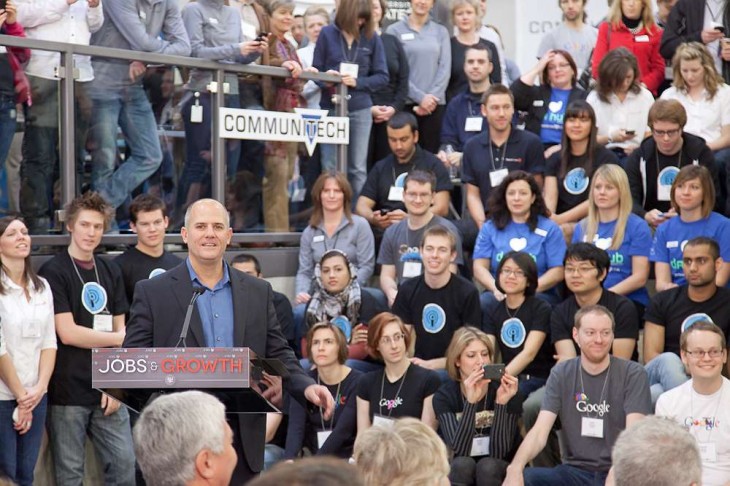 Google has acquired Canadian company BufferBox for an undisclosed sum, the Financial Post reports. As you may know, this Waterloo-based startup and Y Combinator alumnus specializes in parcel delivery through dedicated physical lockers.

Its team confirmed the move on the startup’s blog, while promising the service won’t be discontinued:

“We have been able to achieve more than we could have ever imagined since we started working on our idea a couple years ago, and the team couldn’t be more excited about the future. As online shopping becomes a bigger part of how you buy products, we look forward to playing a part in bringing that experience to the next level.

We are happy to share that it will be business as usual for our users and we are looking forward to continuing to build out the service.”

BufferBox is a good example of Waterloo’s potential as a tech talent hub; as the Financial Post points out, it was founded by a trio of University of Waterloo graduates. In addition, it is currently working out of startup incubator Communitech Hub, which is based in the same building as Google’s local offices.

The proximity doesn’t stop here; as we reported, Google Canada recently announced a partnership with Communitech, in which Google employees will act as mentors and technical advisors to the incubated teams.

It’s not hard to see why Google decided to take the collaboration further in BufferBox’s case. As a matter of fact, its model can serve as a booster for online commerce.

“We want to remove as much friction as possible from the shopping experience, while helping consumers save time and money, and we think the BufferBox team has a lot of great ideas around how to do that,” a Google spokesperson said.

Following the acquisition, “BufferBox will be moving their operations up a flight of stairs to join the Google team,” the Financial Post says.