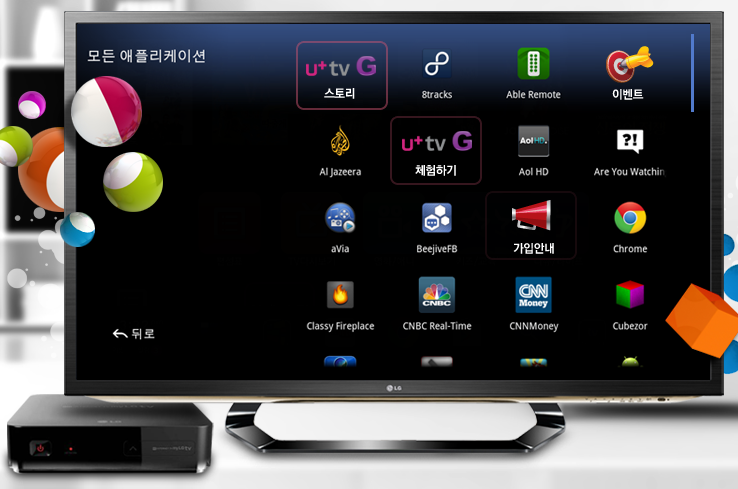 Google TV is coming up in the world or, at the least, Korea. The country’s LG Uplus telecom, owned of course by LG, has partnered up with Google to fully embed Google TV on a provider’s set-top box, a first for the platform.

The device, dubbed the u+tv G, is set up to search through LG Uplus’ video-on-demand and TV content, in addition to its usual ability to hop onto YouTube and other Google services or apps, including Google Play and Chrome.

The convergence of the U+TV service with Google TV “will provide unparalleled, differentiated service and function, far ahead of any other existing devices named “IPTV,” said Joo sik Choi, Senior Vice President of LG Uplus Service Creation, adding that “the release of ‘u+tv G’ means TV is evolving into “Smart Wall.””

It’s probably not much of a surprise to you that PSY, the Korean popstar behind the uber-viral “Gangnam Style”, will be appearing in a campaign to promote the set-top box.

It’s worth noting that Korea marks the tenth country to get Google TV after it went international back in June. Last week, Google boosted the platform by announcing the availability of movies, TV shows and music via its Google Play store. Google TV arrived in 2010, but the platform has not caught on as quickly as Google had originally hoped.