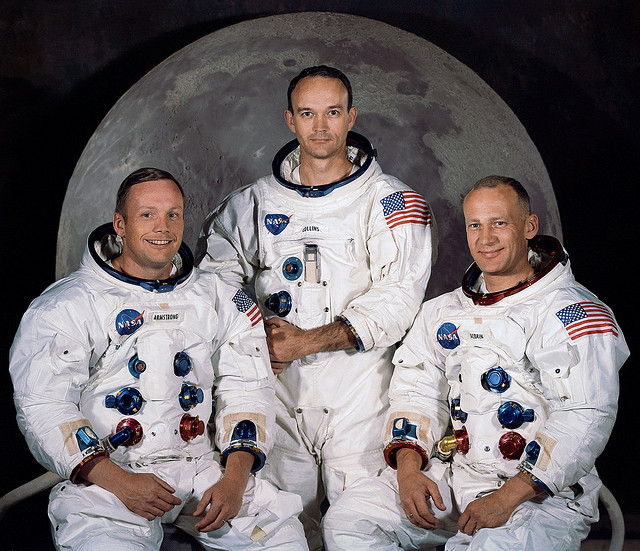 We know that technology has come a far way over the years, but it’s easy to forget just how far. According to Google, just one action taken on its search engine by a single user uses the computing power of the entire Apollo space missions.

Since this is Google we’re talking about, the company broke things down further on its blog today. Here’s what Udi Manber and Peter Norvig from the search team had to say:

The Apollo Guidance Computer (AGC) on board the lunar module (LM) executed instructions at a speed of about 40 KHz (or 0.00004 GHz), about 100,000 times slower than a high-end laptop today. There was also a similar real-time computer built into the Saturn V rocket. On the ground, NASA had access to some of the most powerful computers of the day: five IBM model 360/75 mainframe computers, each about 250 times faster than the AGC. They were running nearly 24/7, calculating lift-off data and orbits, monitoring biomedical data during the mission, and performing numerous other calculations.

We compared that to what Google does today, and we found that:

It takes about the same amount of computing to answer one Google Search query as all the computing done — in flight and on the ground — for the entire Apollo program!

While I don’t understand most of that engineering-speak, I’ll take Google’s word for it.

It wasn’t just the actual space-time that Google out-computes the Apollo missions:

When you enter a single query in the Google search box, or just speak it to your phone, you set in motion as much computing as it took to send Neil Armstrong and eleven other astronauts to the moon. Not just the actual flights, but all the computing done throughout the planning and execution of the 11-year, 17 mission Apollo program.

With the recent passing of our hero and first man to step foot on the moon, Neil Armstrong, this is a great reminder of what we’ve accomplished as a nation.

I once heard that there was more computing power on a Nintendo cartridge than was on-board Apollo 13. Whether that’s true or not, it sounds about right.

Read next: Google.com starts displaying birthday reminders before you start searching for things