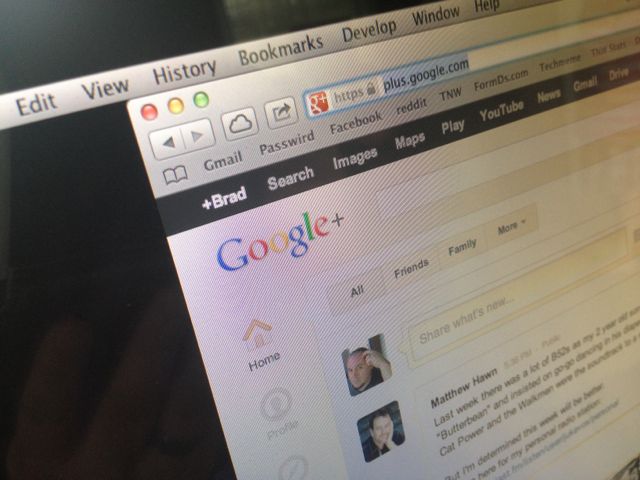 For a long time I’ve wondered what Google+ is meant to be used for. It’s a pleasant experience, removing much of the clutter and distractions that irritate me over on Facebook. The site also has a terrific ability to display high quality photographs, as well as customize exactly who gets to see specific types of content that you’re posting.

Before, I struggled to work out how Google+ fits into my daily online routine. Is it work, play, or a mixture of the two? As much as I dislike some of its design and behaviour towards privacy, Facebook is still bookmarked on my browser because of its ability to connect me with friends and family. Google+ doesn’t do that (yet) and so at least for now, Zuckerberg’s empire isn’t going anywhere.

LinkedIn is a great place to network on a professional level, and Twitter will always be a fantastic way to react to events with the utmost immediacy. But Google+ is a strange hybrid, pushing a selection of fresh features that feels like, ultimately, an answer to a question that doesn’t exist. However a recent episode of The Grid – which discussed why photographers should choose to use Google+ over Flickr – inspired me. Actually, it got me thinking about the social network in an entirely new, albeit slightly accidental perspective.

Google+ is a unified message board. It’s not about connecting you with the people you already know, but the people you don’t know. The strangers who might be halfway around the world, but share the same interests as you. There’s a reason why you can choose to put anyone – even a stranger – into your circles. There’s also a reason why you can look for any topic – or discussion thread, as I think of it – using the search bar right at the top of the screen. Google+ is made for discovery.

Think of each circle as a different message board. Then create your perfect set of users using the circle system, filing people under a different category based on why they interest you (it can be because of a hobby, their political stance, where they live, basically anything). Now how will you find these new people? By searching for what interests you most.

This is my response to so many users who hop over from Facebook, expecting to have the same experience replicated. They often say, “this is a ghost town, where are all my friends from Facebook?” Google+, like the internet, is clearly not a ghost town. It’s just waiting for you to start exploring, and find for yourself who or what to follow.

Another common gripe people have with Google+ is that it’s difficult to build up a following. Again they’ll say, “this is a ghost town, I’m posting content but no-one is commenting on it.” This is the equivalent of starting your own forum or discussion thread, and never posting anywhere else. To earn any social relationship, you have to be prepared to start or take part in the conversation. Search for a topic you’re interested in, or select a ‘forum’ using one of the circles you’ve created, and start commenting. People will click on your profile out of sheer curiosity, or because they respect the feedback you’ve been putting forward. Before you know it, your peers will be adding you to their circles or ‘forum’, increasing the chances of them commenting on your content.

So why not just use forums? What does Google+ have that conventional message boards do not? Well, for me it’s a sense of both personality and unity. All of my interests are shared under one profile, where I have a real name and a real profile picture, rather than a ludicrous or incomprehensible handle. As a result it offers a much better sense of who I am as a person, arguably more so than the pages I like on Facebook or the barrage of short messages on my Twitter account.

Google also allows you to discuss your passions with an interface that is both beautiful and functional. Pictures are large and allowed to breathe, with YouTube videos a mere click away. Oh and of course, Google+ also has hangouts. A wonderful way for both friends and strangers to talk and discuss even the most complex issues directly with one another.

Google+ has fit into my daily online routine not as a replacement to Facebook, LinkedIn, Twitter, or any other social network, but rather as a supplement to it. The Grid talks of Google+ from the perspective of photographers, but I think this new social network goes far wider than that. Whatever your passions are, large or small, Google+ is the place to find like minded people, discuss them and be inspired. It’s not Facebook, or Twitter, and nor should it be compared as such. Forget social networking. Think social discovery.

Missed it? Google+ Hangouts are replacing video chat in Gmail.

Read next: Viddy takes social video to the next level: Officially opens up its API