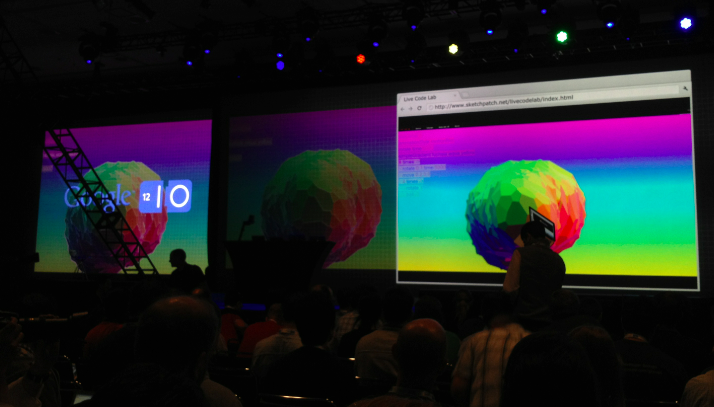 Pichai covered the announcements of Chrome for Android and talked about the growth of internet traffic, which he says has reached 2.3B users. Mobile users, Pichai says, account for 1B of those. He says that Chrome’s pre-fetching techniques save 13 years of human lifetime every year.

Google also demonstrated the various tab synchronization capabilities of Chrome from one computer to another and across to mobile devices, allowing you to carry your tabs, settings and more with you.

That number is up from some 160 million in 2011, demonstrating growth of almost double the active users in one year.