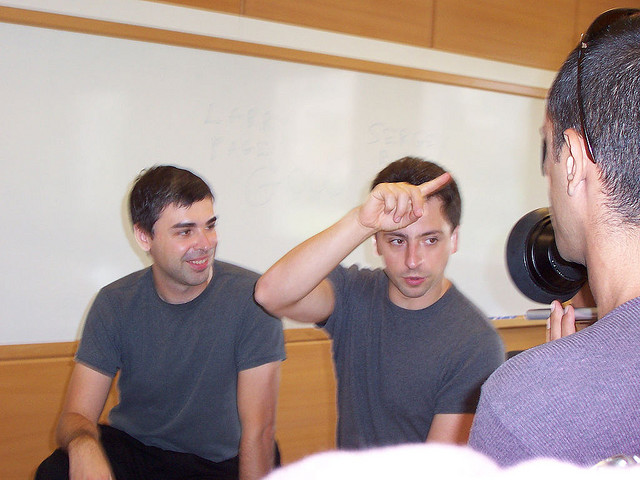 During the first two days of the I/O developers conference in San Francisco, the company has made multiple statements about where it’s moving as a company. In fact, as we’ve noted, the company itself has made a huge shift to becoming more open and social. This has been in the works for some time, and people are finally starting to get it.

While I haven’t been to previous I/O conferences, I have been speaking with many developers who have. From what I’m hearing, Google is finally getting its act together when it comes to developer relations. This is a huge plus for the company moving forward, especially as some of its biggest offerings are direct competitors to companies like Apple and Microsoft.

But you can’t really pin one particular product on Google’s future. You might have been able to, say a year ago, by saying search is the end-all-be-all for the Mountain View company. It’s also very lazy to say “Glass is the future of Google because it’s innovative.” Innovative, technology wise, doesn’t matter. What matters is that consumers will find it useful. That’s where Google is finally starting to hit its stride.

The fact of the matter is that Google has become really great, if not the best, at collecting large amounts of data and then surfacing it to its users in an easy way. The time I’ve spent with Jelly Bean shows that off right away with Google Now.

And yes, the Project Glass demo was nothing short of spectacular, but it really had a subtle undertone to it that said “We’re not afraid to try new stuff.” Having a failure on your hands is always a possibility, but the companies who keep things away from consumers too long end up never shipping anything at all.

When I spoke to Senior VP of Google, Vic Gundotra, this week, he made it clear that Google is on a solid path on all fronts, of the likes we’ve never seen.

While I’m not completely sold on the Nexus 7 tablet, I think it’s a step in the right direction. I’m a fan of some of the Samsung devices, but it doesn’t scream “unified experience” to me with all of Google’s services. I think Nexus 7 could end up being that product, but it will take some time.

Nothing happens overnight, but whether you want to ride the “ghost town” train or are sitting on the fence, Google+ has been a successful project and shows no signs of slowing down. Instead of shipping “me too” features, Google is actually taking the lead in the underserved areas of social interaction. Hangouts is a masterful product with a multitude of use-cases, for example.

The key to Google+ is that the team continues to integrate all of these key interactions into all Google products. The new Events product is fantastic, and seeing it in action last night at the After Party proved that. Even better than the product is its integration with Google Calendar.

Google is running as a fine-oiled machine, and you can see how all of its teams are nimbly working together to reach company-wide goals.

Bringing its Chrome browser to iOS was a watershed moment, as Google is finally stepping out of the shadow of being the “partner” or the company that simply “powers things.”

Yes, the future of Google is Google. The company, with as many moving parts as it is, is becoming whole.