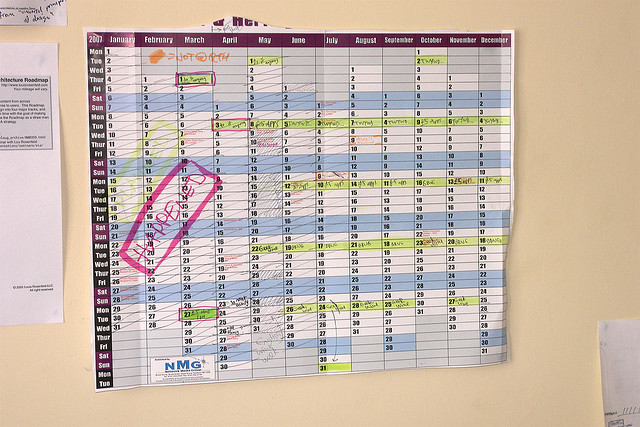 Today during Google I/O, Google senior VP Vic Gundotra announced that a new feature for Google+ was launching, and it’s called “Events.” I got a sneak peak at the product this week and it absolutely blew me away.

When I asked Gundotra about why events were such an area of focus, he told me:

Going to an event, a picnic a wedding, is the most social thing we do. They’re the most memorable thing that we do, various discreet events.

Google+ Events help with all facets of having an event: before, during and after.

Naturally, Google+ events is fully integrated into Google Calendars. When you set up your own event, you can choose a theme, called cinegraphs, that were custom-built by Google. There are subtle animations in them which carry over to the invitation on your Calendar.

Without a doubt, the invitation process is a simple one, but by having those invitations fully integrated into your Calendar is huge. You’ll be able to get all of the details about the event, as well as letting the person know if you’ll be there or not.

This is where Google+ Events really shines. The service has something called “Party Mode” which takes all of the photos and videos that you shoot during the time period of the event and uploads them to the event page. If everyone is using Google+ on the recently updated Android app, this feature will do the work for everyone.

During the event itself, you could toss the event page on to a big screen TV, as it has a “slideshow” mode for photos. Imagine having all of the people at your wedding reception taking photos that are automatically shared, it would be awesome.

I got to see this feature in action at Google’s offices, and the experience is absolutely seamless. Watching the photos stream in within 30 seconds of taking them is pretty awesome.

Now that all of those photos are uploaded, they are sorted by which photographer took them, as well as how interesting people thought the photos were. If a particular photo has a bunch of +1’s, it will then find its way to the top.

The best part is that your friends who can’t make it to your event can still check out the event page and all of the content, if they’re invited. Want to go public with your event? Simply switch on the “On Air” mode, which will broadcast it publicly.

Gundotra tells me that the On Air option is great for concerts and conferences.

If you’re someone who isn’t using Google+ on an Android device, you’ll get an email from the event reminding you to upload your photos. Everyone who was invited has a “folder”, and can add their photos to it easily. All of the photos will be sorted chronologically. Pictures also get facetagged.

This makes going to the event page after the event the most amazing and magical experience anyone has ever built.

Google+ Events is available today, and might take a while to roll out to everyone. This is another example of how Google is using + as a social layer to tie all of its products together.