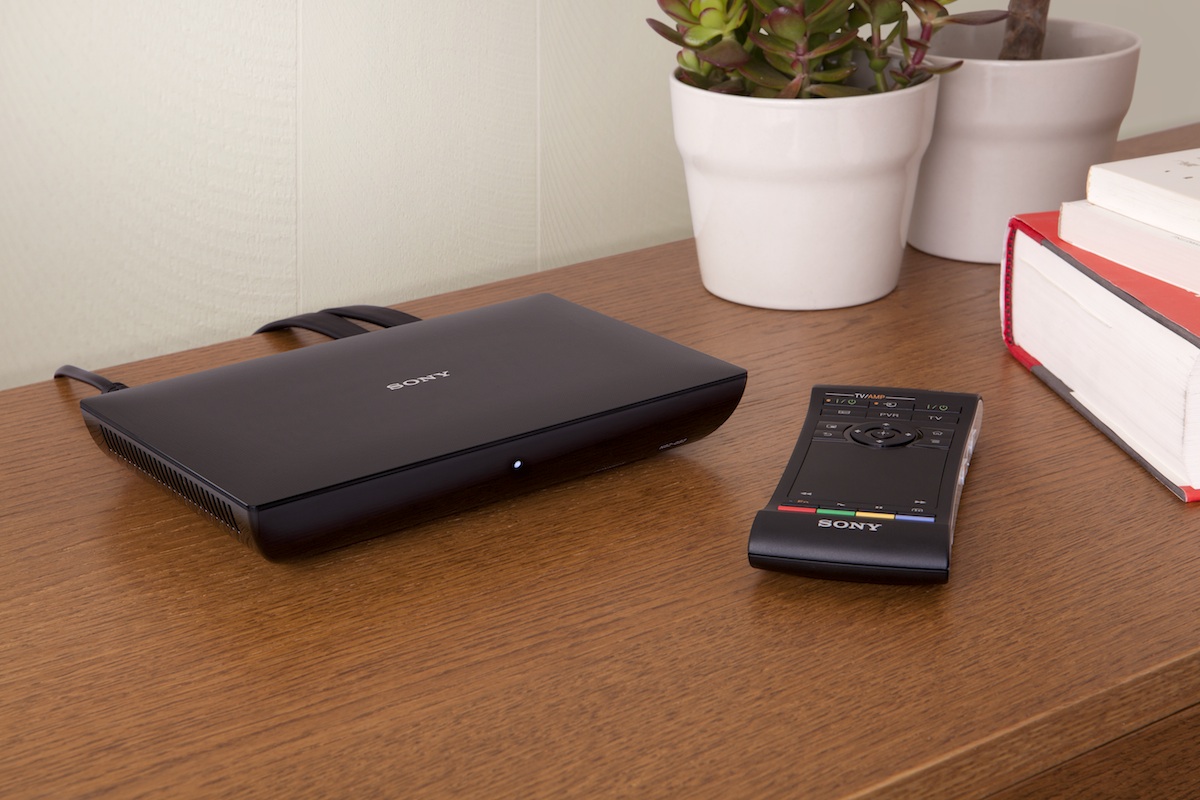 Partnering with Google, Sony will launch two media players that it introduced in January at CES at a price of £200 and £280 respectively, opening preorders at www.sony-europe.com next month.

Following its UK rollout, both devices will be introduced in Canada, Australia, France, Germany and Netherlands, with the NSZ-GS7 Internet player also becoming available in Brazil and Mexico.

Sony’s new set-top boxes will deliver Android apps, full Internet browsing capabilities and live video streams, formally signalling Google’s intention to takeover living rooms worldwide. With Samsung and LG pioneering embedded technologies within their next-generation televisions and Apple already enjoying limited success with the Apple TV, the launch of Google TV devices outside of the US has been a long time coming.

In fact, it’s been roughly one year since Google Chairman Eric Schmidt announced Google TV was coming to Europe.

In August 2011, Schmidt told attendees at his Mac Taggart lecture at the Edinburgh International Television Festival that Google TV would be coming to Europe in early 2012. The Google executive used the visit to meet with UK television networks and other media companies in the hope of boosting content on its platform when Google TV devices came to Europe.

Schmidt also attacked UK television regulators as ‘the boogeyman’ that would restrict the growth of internet enhanced television. “To compete on the world’s stage, your content business needs the freedom to operate more like internet companies,” he said, decrying the over-regulation of UK TV, “Imagine if Facebook had to undergo the same regulation that television does, there would have to be a different Facebook for every region…and you can forget about poking!”

Addressing the UK television industry as a whole, which he complimented throughout for its quality, Schmidt said, “In this journey, Google really does seek to be your partner. You guys really did invent this stuff, you really are better than anyone else. So let’s think big, let’s think global and beyond the TV box.”

Read next: What was that? Philips debuts dictation and transcription solution for Mac OS X