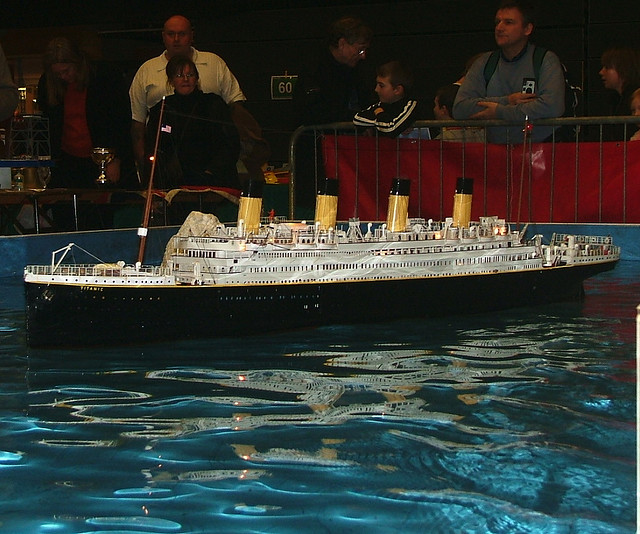 It has been nearly 100 years since the Titanic crashed into an iceberg and sunk to the bottom of the North Atlantic. Our interest has never decreased in that fateful night, and numerous National Geographic specials and even movies have been created trying to tell the story. In fact, we’re only two days away from its 100th anniversary.

Google has come up with an interactive 3D model of the Titanic, allowing you to take a tour of the ship that now sits in the murky depths of the sea.

Here’s what the Google Lat / Long team had to say about its efforts today:

The story of the Titanic has remained with us through the decades. It has inspired books and movies and is memorialized around the world in museums and monuments. Now, despite its depth on the sea floor, you can explore this ill-fated ship from the comfort of your home using Google Earth.

Using imagery from National Geographic, we’ve created an updated 3D model of the Titanic. Explore different parts of the ship, from prow to stern by simply searching for “Titanic” in the Google Earth search box.

By using Google Earth to tour the remains of the massive ship, it’s almost as if you’re exploring the ocean with the likes of James Cameron. Here’s a video demonstrating the power of the 3D model that Google Earth has put together, along with all of the information you can learn about the ship:

It’s amazing how far technology has come, and things like this help us to remember the lives that were saved and lost.

Read next: London Real-time hack weekend gets going to inspire new projects on the fly